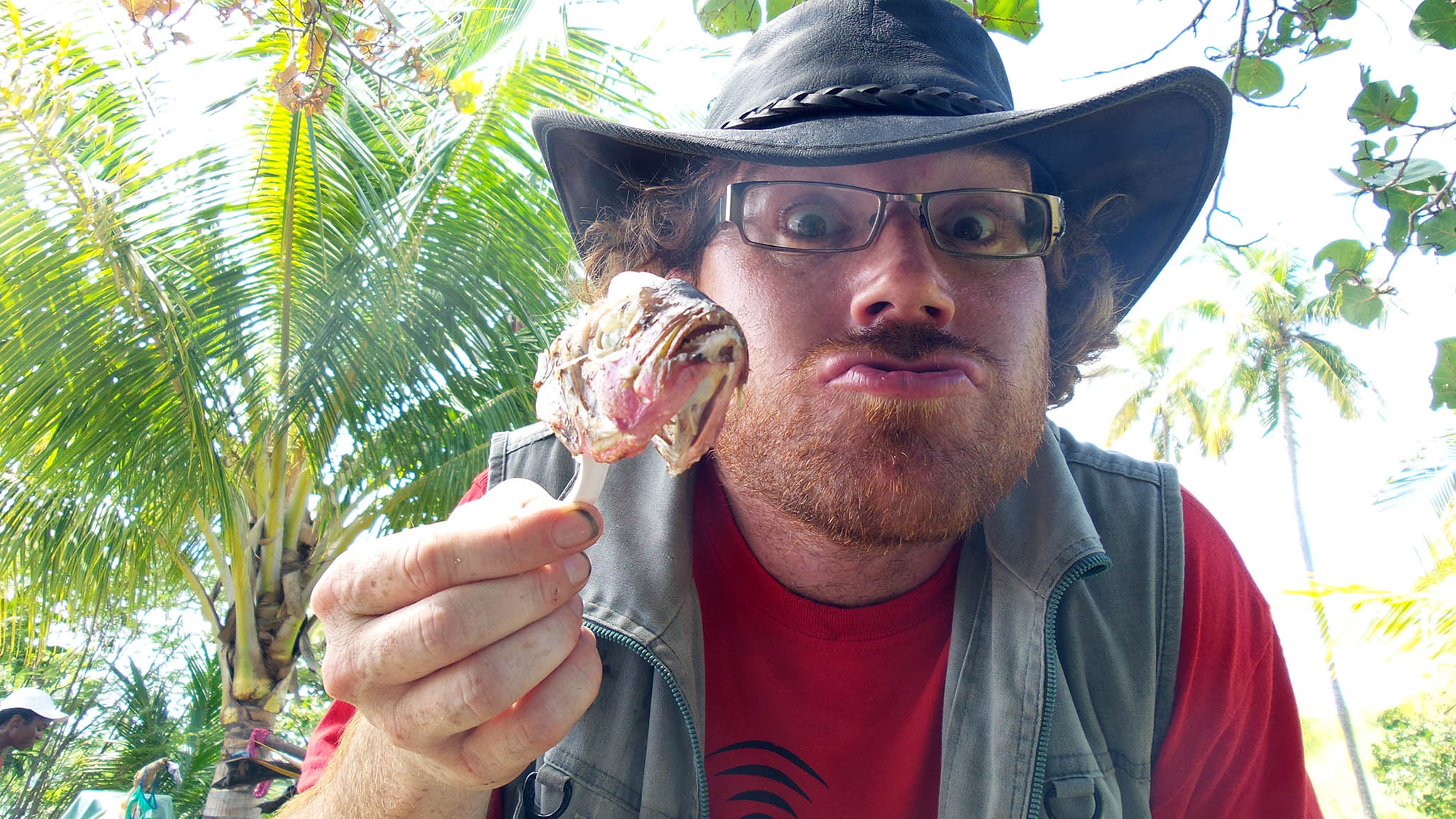 Episode 4 - Survival of the Smartest

Yesterday we got some decent food (which I cooked magnificently)! Woo!!

We also got these…

So life on SOS Island just got a little easier.

Exhausting day today… no live broadcast so we had two challenges set up, but only got to take part in one of them as the first one over-ran into lunch and in the afternoon Jo hurt her ankle running. I’m not allowed to divulge too much about these challenges as they will be broadcast over the next few weeks once we have left the island, but suffice to say they are very physically demanding and take place in the hottest time of day.

So the fact that we’ve now all been given tarps for our shelters and the production crew have been turning a blind eye to us pilfering any food they leave out is fair enough – in a real survival situation I would be SLEEPING IN THE SHADE at noon in the tropics, not running around sweating my bright red face off like some half-crazed latter-day Colonel Blimp.

I’d be getting up early to improve my shelter, find food and set traps – not to block shots and do interviews.

We only get one hour of daylight at the end of each day, and that is when I either strip to my boxers and dive into the sea (you know how much I hate doing that, right? – Well that’s how sweaty I am at the end of the day) or quickly run about helping people with their shelters, or grabbing cans of soda or helping reset the wi-fi, whatever.

I want to be out filming stuff about the island, but it is nigh on impossible before the sky collapses into night. I’m so glad of my video light – not only do I use it as a torch, it also comes in handy as a video light:

Tonight I’ll sleep on the art department’s hammock by the small generator beneath the starry starry sky. It’s all good.

The Sea Plus Plus