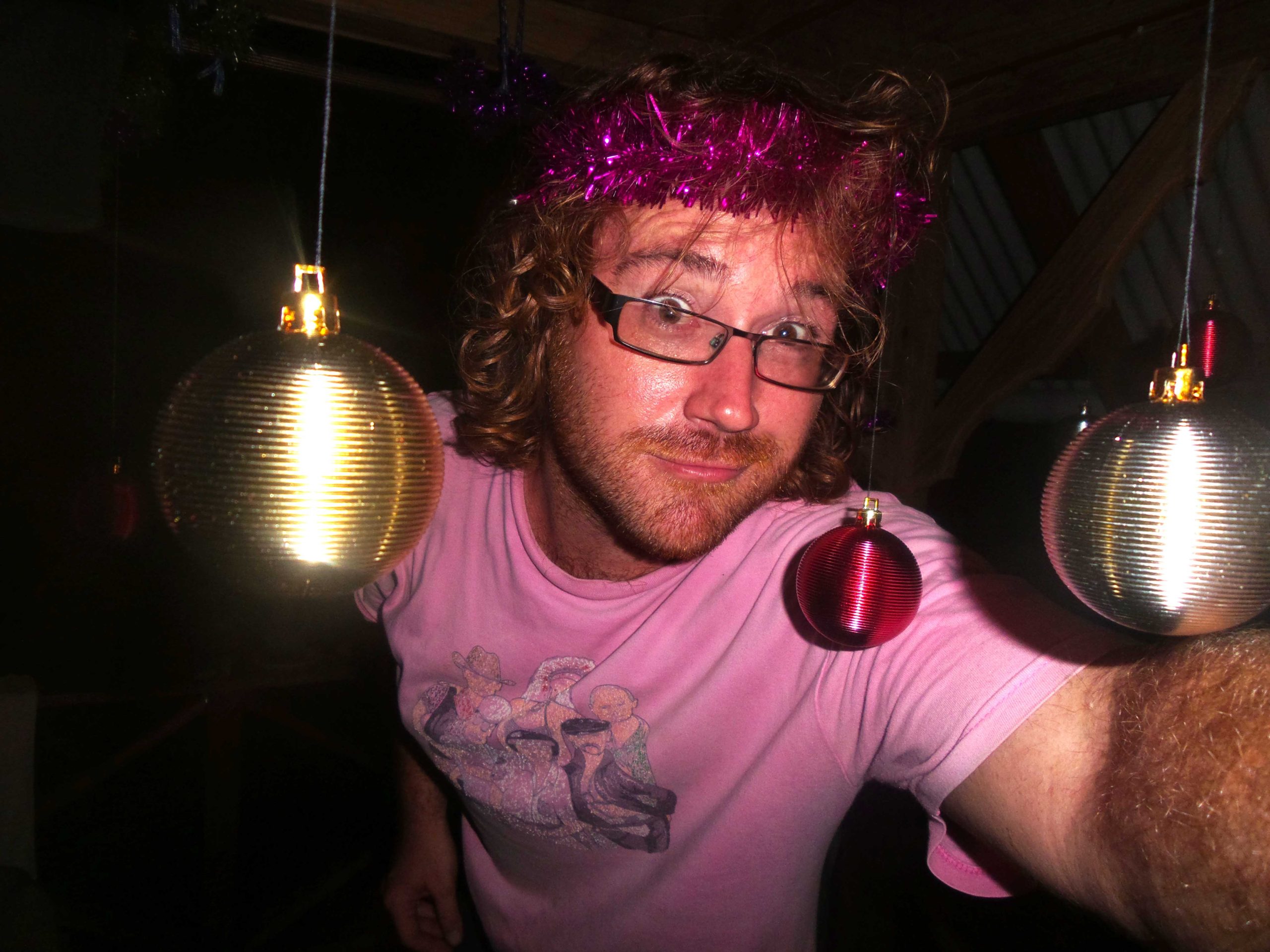 Christmas Eve saw the return of Sarah (Wonder Woman) as well as Anna from Liverpool. To make things extra confusing, she brought with her Anna from Scotland (whom you may recognise from Glastonbury 2014) and our special guest star Niall Doherty of Disrupting The Rabblement fame. 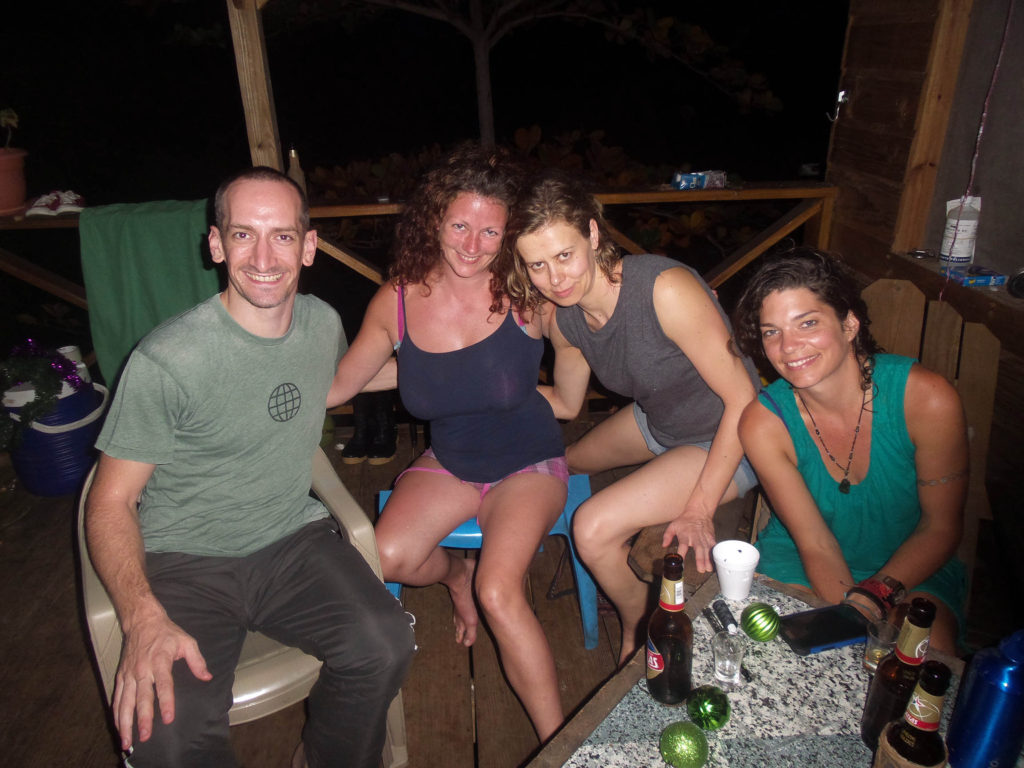 As things turned out, we both ended up hitching a ride on the same ship, just not at the same time.

Sarah had been knocking around Panama City with her dad for the past week or so and she returned to Jinja Island bearing turkey!

Boxing Day saw us take the boat over to Bill and Janis’s for a couple of cold ones.

The next day we went for a trip to Red Frog beach.

The next day we said goodbye to Niall as he continued his journey back to Ireland the hard way. Or, as I like to call it, the double-hard-bastard way! 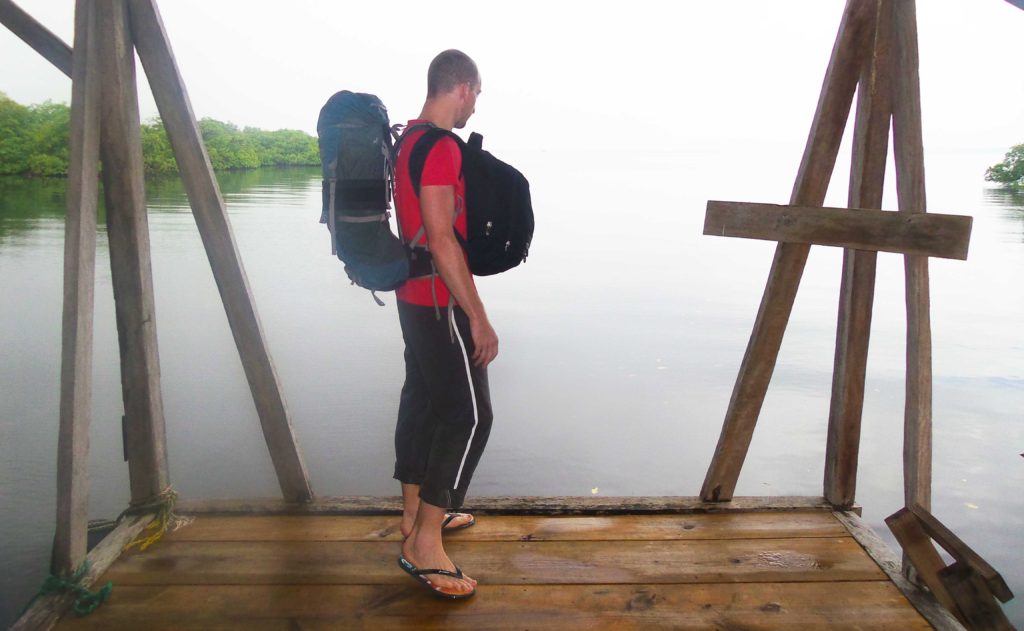 We were given a lift over to Bocas Town by Eduardo, Bill and Janis’s right hand man. I had a LOT of wood to get from town, and no way would it have all fitted on my little speedboat.

I said my “fair winds” to Niall in Bocas Town, and the two Annas decided to stay over there for the next couple of nights. Sarah came back to the island with Eduardo and I. We had work to do before the year was out! 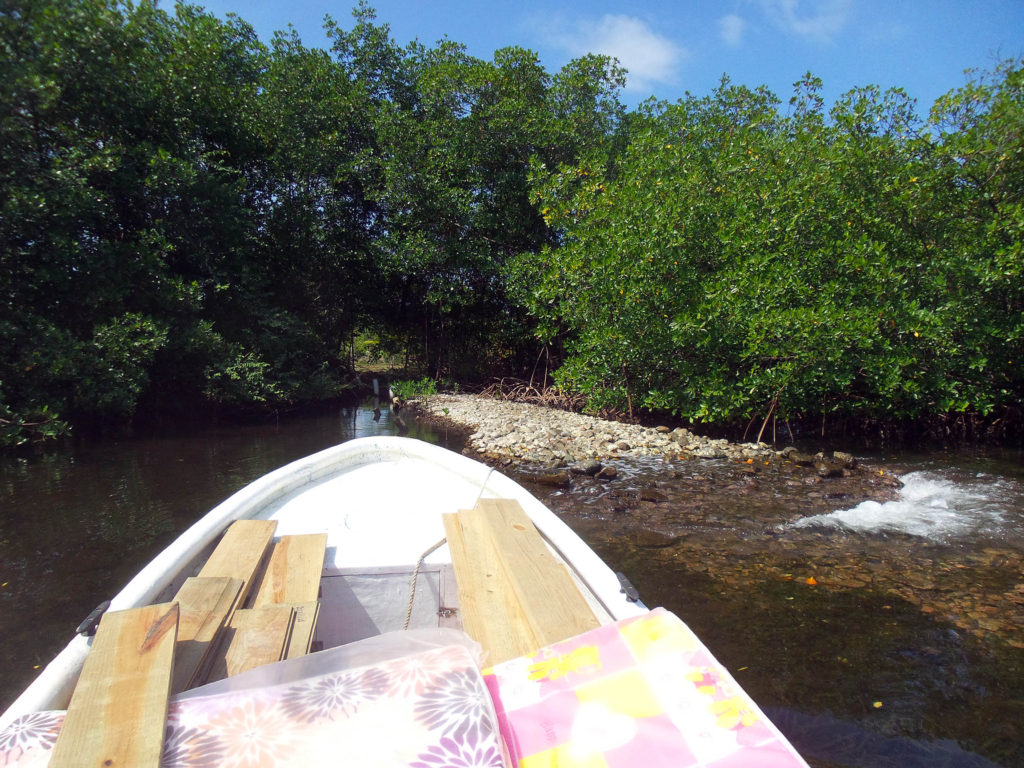 Remember I said a while ago that I wanted to do something about the fact that under the house looked like a concrete car park? I had considered various options, from tiles to artificial turf, however, after the island flooded at the start of the month, raising the floor a good few inches seemed like a prudent course of action, so I made the executive decision to put down some decking.

Eduardo helped us move the wood, my handyman Ricardo dug a trench around the house (so I could lay down a waterproof membrane) and Sarah helped me put the planks into position. By the time we were done it looked f—in’ boss.

Now I just need to get those damn breeze-block walls plastered and the concrete columns covered with plaited palm fronds. One step at a time my friends…!