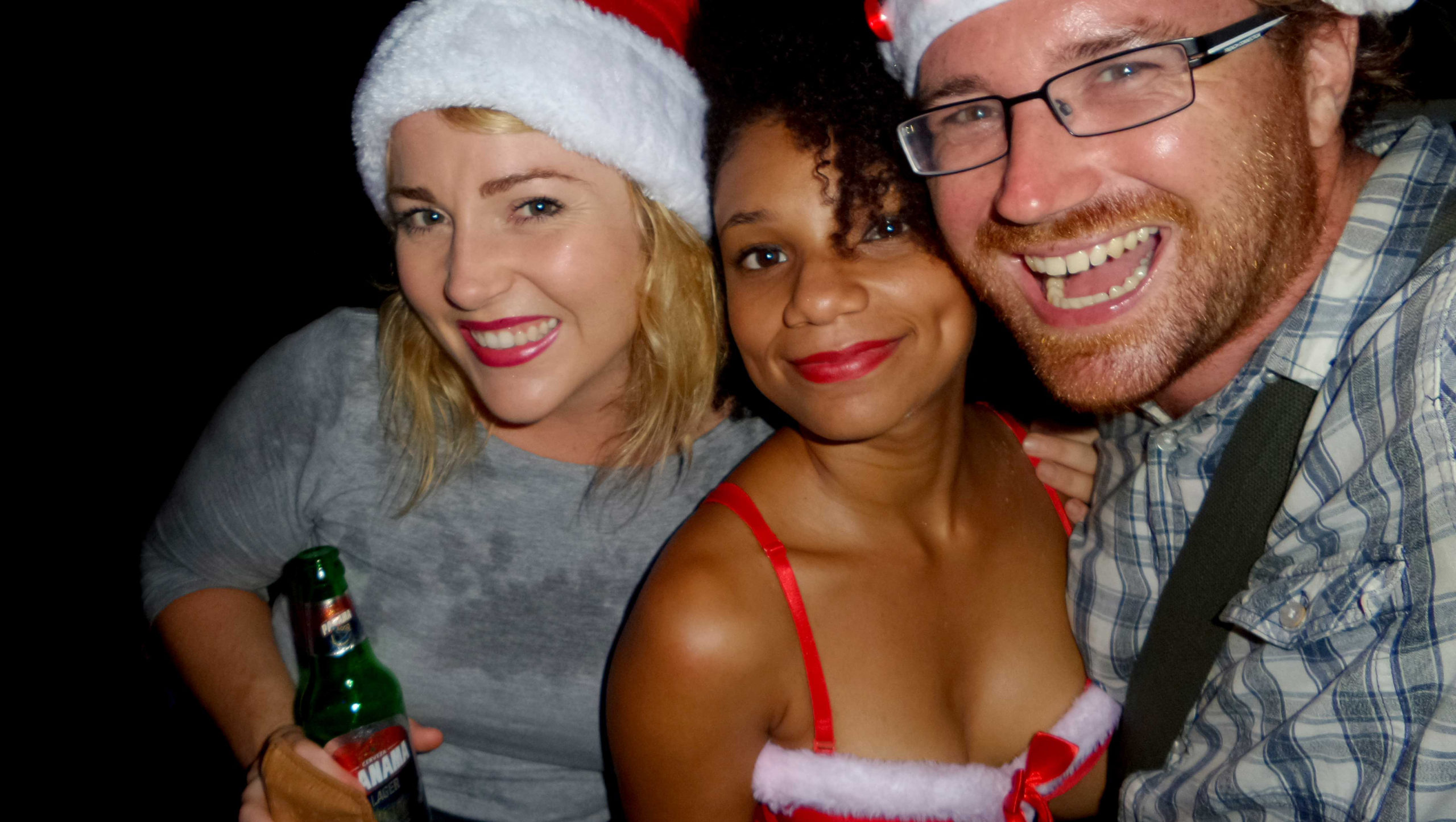 Having missed my opportunity to see Mad Max: Fury Road on IMAX when I was back in the UK earlier in the year (it was replaced by Jurassic World FFS!), I wasn’t going to make the same mistake again.

Lizzie’s parents had come from Botswana for a visit, and they offered to look after Campesino and the island for a few days so I could pop off to Panama City and go see the new JJ Abrams-directed Star Wars movie.

So off I jolly well popped to Panama’s big smoke. I’ve done this loooong journey a load of times over the last few years and I’ve got to tell you, it never gets much easier. First up, it’s a trip to Bocas. I have to leave my boat on the island as there’s nowhere to leave it for a few days in town, so it’s call to Ariel my taxi guy to come pick me up. Then from Bocas I have to go to one of the two boat services that run to Almirante every half-hour or so. Once in Almirante, I have the choice whether to take the daily overnight bus to Panama City direct or, if that’s full, take the crazed minibus to the city of David (pronounced Da-veed) and get an overnight bus from there. As you can see, it’s a bit of a trek.

For some reason, the bus is freezing cold (always) and arrives at 5am when nothing is open and there’s nothing to do. Happily, my friend Jacky had agreed to put me up in her swanky apartment overlooking downtown. NOT ONLY THAT but she got us tickets to see Star Wars at the posh cinema with those mad reclining seats and all the popcorn you can eat… oh and it was released in Panama before pretty much everywhere else on Earth. Hell yeah!

I enjoyed the new Star Wars film so much that I wrote an article for the BFI about how much of the original was ripped off the work of Akira Kurosawa.

Afterwards we donned silly hats and had a night on the town because IT’S ALMOST CHRISTMAS YAY! Jacky is from Lancaster in the UK, so she’s a fellow Northerner. She’s also the lawyer for the British Embassy here in Panama, so if I’m ever in trouble with the law, she’s an exceptionally good contact to have on speed-dial.

The next day Jacky was back in work, getting hapless Brits out of scrapes (presumably), so I took a tour of Casco Viejo (Spanish for Old Quarter) – the UNESCO World Heritage site of Panama City.

Beautiful. But being away from Jinja for any length of time is uncomfortable for me, and so I bid Jacky tatty-bye and jumped the bus back to Bocas Del Toro. Happily for the first time EVER, I had an empty seat next to me, one of the only empty seats on the entire bus. This would allow me to manspread to my heart’s content. But the bus stopped on the outskirts of Panama City to pick up a few more passengers. Don’t sit next to me, don’t sit next to me I thought as these dreadful interlopers filed onboard. One stopped by my seat.

One of my top Bocas bezzies had the ticket for the seat next to mine! We couldn’t have scored a fluke like that if we had tried. A few more random coincidences like that and you’d have a religion. I didn’t even know Rebeca was in Panama City. The next morning we arrived in Bocas Town, we grabbed some breakfast and I jumped a boat-taxi back to Jinja.

Lizzie’s parents had done a great job of looking after the island. Unfortunately, while I was away, my boat missed me so much that it decided that it didn’t want to LIVE ANYMORE and had plunged itself bum-first into the sea. Lizzie’s dad had heroically retrieved the vessel from Davy Jones’s Locker (my boat dock is only a metre deep). However…

There was nothing for it but to call in the EXPERTS!

Mario arrived with lightning speed, like some one-man AA of the archipelago.

It’s not just that the deck of the boat needed replacing, it was that the engine would have got salt water in all its nooks and crannies (and jets), which isn’t good. Why outboard motors aren’t waterproof will forever be a mystery to me. Mario would have to dismantle the carburetter, wash each bit, replace the gaskets, gromits and gigglesticks and then put it all back together. He took the boat to his “garage” located deep in Tierra Oscura lagoon (next to Ernie’s Chicken Shack) and I’d have to go a few days using boat taxis to get to and from Bocas Town.

Meanwhile, in a blind panic for some extra income over New Year (when accommodation in Bocas Town is at a premium), I had agreed to host 5 paying customers through AirBnB. The only problem was that I only had 2 spare beds in the house. But don’t worry, I had a plan: hastily construct a temporary edifice near the main house in which I could house any extra visitors I might have over the next year or so.

There was nothing for it but to call in the EXPERTS!

Within just 2 days, Fidel and his gang had built me a sweet cabaña out of locally-sourced wood.

It still required windows, a door, electricity and, you know, beds! But we were almost there when along came Christmas. QUICK! TO BOCAS TOWN!

Christmas Eve was spent at the Book Store, where Nico treated us to some serious TUNES!!

Meanwhile, Rebeca and Loco Dave reimagined A Christmas Carol but set in Bocas. It was as bonkers as it sounds. Afterwards, the night went the way nights in Bocas usually do, but with more tinsel.
Prev
Next

The next day I headed back over to the island with Lizzie, her parents, Clara and Morgane for Christmas dinner.

I take roast meals very seriously. I think I did all right, all things considered!

With Christmas out of the way, it was back to work on the cabaña. Here are some pics of it all coming together:

Job (very) well done, it was time for me to make the beds. No, really, MAKE the beds.

Prev
Next
At this point (with about an hour to spare) I was free to fling open my doors to my first proper AirBnBers! Alex, Pascal and Ruslan from Canada and Shazia and Theresa from the UK.
Prev
Next

There was NOTHING ELSE FOR IT but for us all to bundle ourselves into a taxi and head to Bocas Town for the big NYE celebration at the Book Store.

The Lone and Level Sands

We Have To Go Back, Kate

Somewhere Under The Rainbow