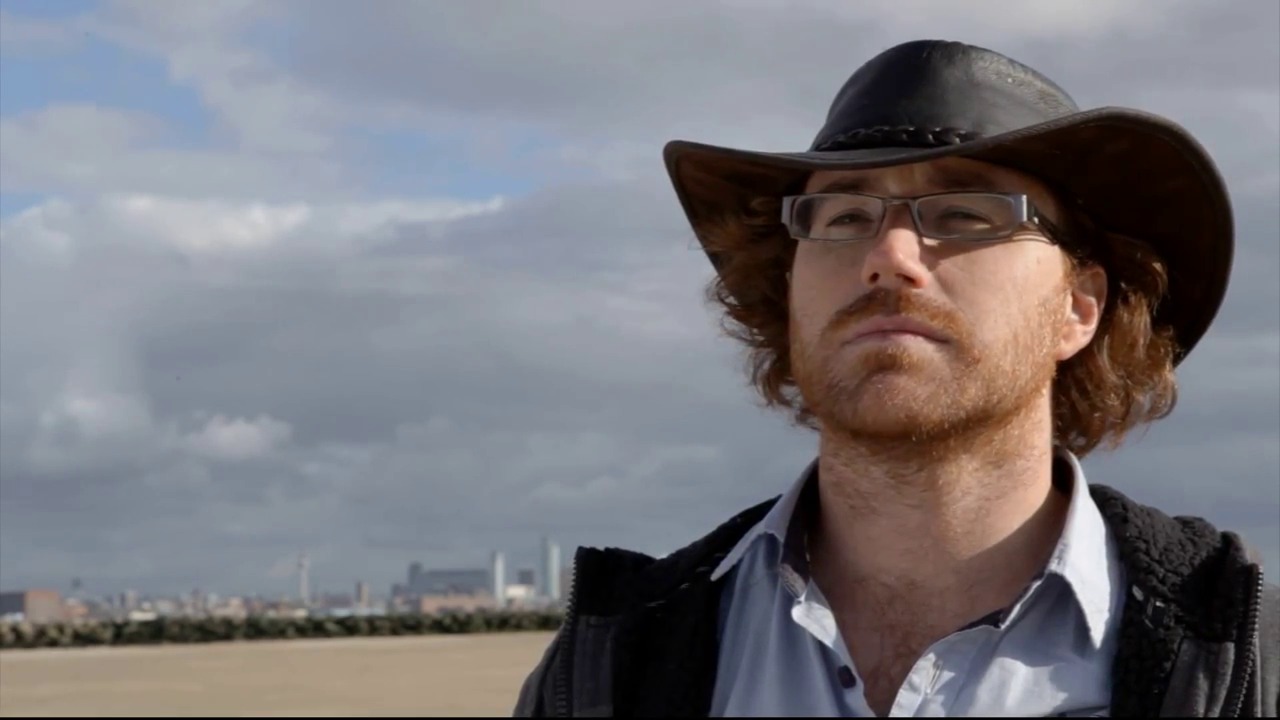 This blog follows on from The Odyssey Expedition, the story of my successful journey to every country in the world without flying from January 2009 to January 2013. To find out more, click on the link below:

Phew! It’s been a while, and for that I’m sorry. It’s been a rather, erm, peculiar year for me.

I dunno – maybe I expected something at the end of my monumental journey to every country in the world, maybe I thought I could take my foot off the throttle for a few months and let somebody else do the hard work, but that hasn’t been the case. If you want something in this life it’s up to you, no matter what you’ve achieved.

Yes people want you to answer their questions, appear on their TV shows or speak at their $4,000-a-ticket event, but they’ll be damned if they’re going to pay you for it (or even pay your expenses *cough* TEDActive *cough*).

And so I found myself the only person to have visited every country in the world without flying, flat broke, living with my parents (at the grand old age of 34, that’s how cool I am!) and slowly losing the will to travel, inspire and entertain… instead I contemplated giving up and becoming a teacher, because you know, money.

Then one day in August, I went on YouTube to see how my One Second | Every Country video was doing (1.5m views and counting…) and saw this crazy advert on the pre-roll. It featured a guy cast away on a deserted island who finds a bottle washed up on the shore. In the bottle was a phone. But it was also a camera.

I couldn’t quite get my head around what I was seeing, so, a little bit intrigued, I clicked on the link.

It was an advert for a Samsung-sponsored survival show called SOS Island: Survival of the Smartest that would be filmed in Puerto Rico. Sixteen contestants from around the world would compete for the grand prize: a private island.

A few seconds later I had filled out the application form thus: 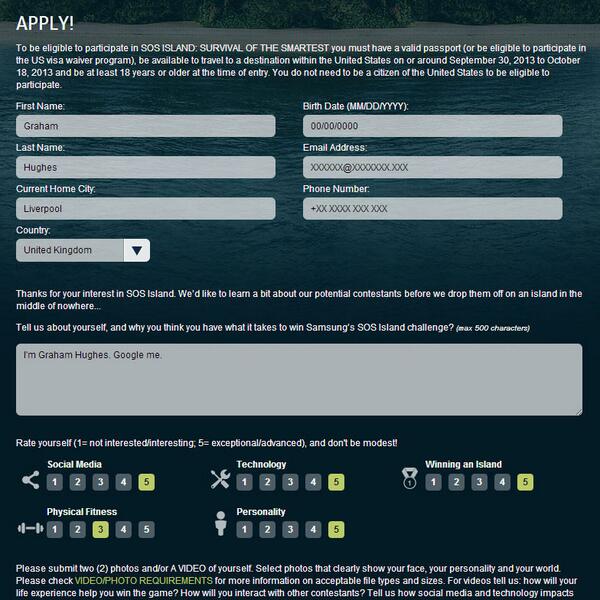 Although in my mind it was more like this:

Within a few hours I had a reply from the production company asking me to fill out a long-form application and supply them with a video of my misadventures.

The rest, as they say, is history. Although I’m the oldest (and quite possibly fattest) of all the 16 contestants, I’m going to Puerto Rico, because I totally deserve a holiday. If I pass Survival Boot Camp with Suvivorman Les Stroud, I’m going to have two weeks living on a desert island with seven other lucky so-and-sos, documenting my daily struggle for survival (and hilarity) on a Samsung Galaxy 4 Zoom and a Samsung NX camera.

Although I had been told I was a finalist a few days ago, today was the big announcement on the Samsung SOS-Island.com site. I realised it was time to get off my arse and get my website back up and running – something I’ve been putting off for too long!!

In the morning I headed over to see my old webmaster Leo Skelly, who was instrumental in setting up theodysseyexpedition.com and we got cracking on firing up this site. That’s when I came up with the idea of riffing the “Say My Name” scene from Breaking Bad, so this afternoon I met up with Ste Webster and Tom Lox, two Liverpool filmmakers and headed over to New Brighton. I beat Ste in the Liverpool 48 hour film challenge back in 2006 and he’s just about managed to forgive me.

I know you just watched it, but here it is again:

Spurred on by this brilliant collaborative effort, we headed over to Tabac to meet with another couple of Liverpool filmmakers – Adam and Owen, the Tomfoolery Boys. I also beat them in the 2006 48 hour film challenge and since they had a much better film than me, I don’t think they’ll ever forgive me. And so the inaugural meeting of the Wizards Club was brought to order. Individually we’re all shit-hot film-makers. Together… we might just change the world.

There’s A Crack In Everything