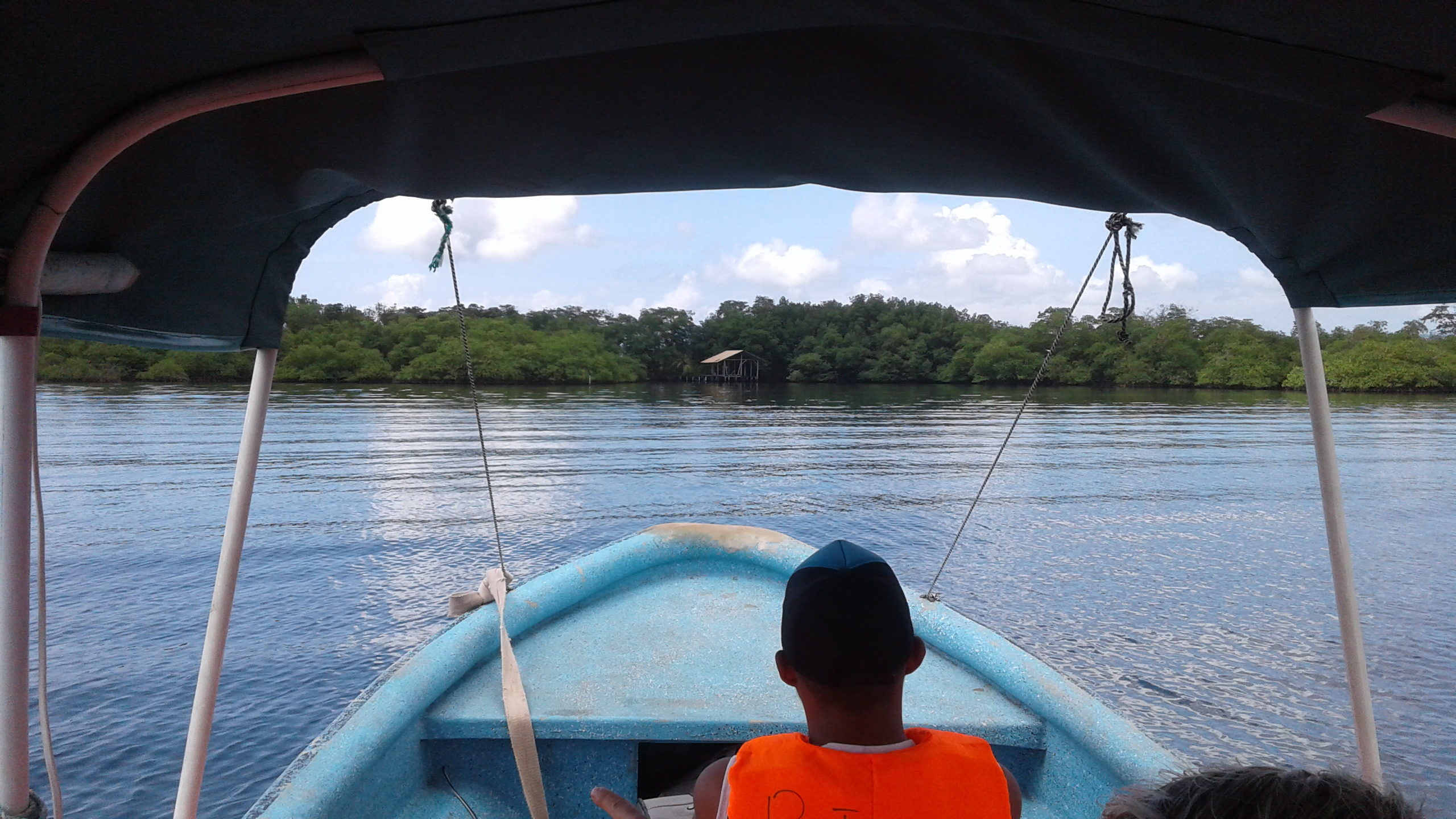 I left Jinja Island at the end of April 2017, fully intending to return after the summer. But events have a way of spiralling out of control, and there was a good reason I was reluctant to come back, which will become clear later in this entry.

But by spring 2018 I was seriously struggling to find myself somebody who would be willing to take good care of the island. Leaving the place unattended wasn’t an option, as eventually people in the area would twig onto the fact that there was nobody there, and everything would, well, disappear. And by everything, I mean everything.

I said farewell to my parents, kissed my beautiful girlfriend Kathryn goodbye, and stepped into the Quantum Accelerator… and vanished.

By that I mean I took the Megabus down to London and hopped on a KLM flight across the Atlantic.

When I arrived, the weather suited my mood. 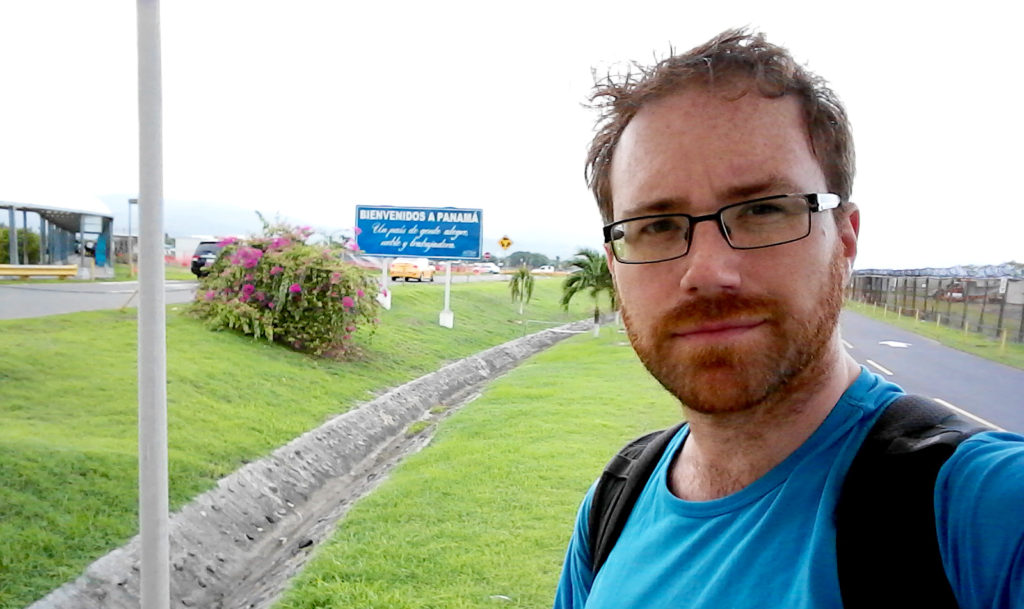 I’d be doing this entire trip on a tiny budget, so took the freezing cold overnight bus to Bocas Del Toro.

The next morning I arrived, filled with trepidation, in Bocas Town.

I met up with my good friends Dyllan and Bruno at the Paradise Hotel (they came to the island at the start of December 2016). I dropped my bags off, grabbed a bite to eat, and we set off for Jinja Island together. I was not feeling so good.

The trip over seemed to take forever. Or maybe I was just lost in thought about all the things that had gone wrong over the last year.

Back on the boat dock, it was a strange feeling. Like the last episode of Breaking Bad when Walter returns to Albuquerque. 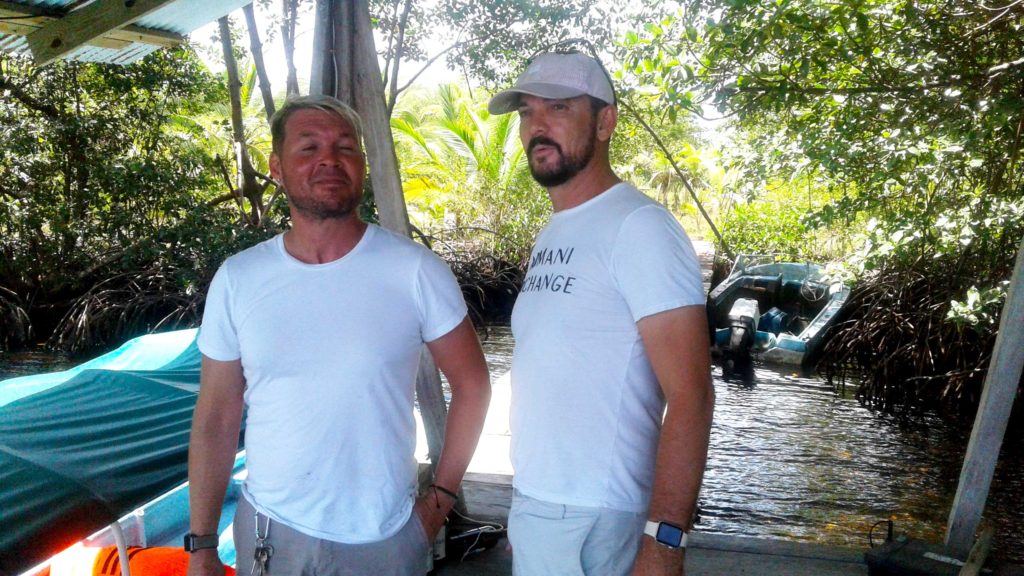 The first thing we found was the Jinja Ninja, left to the elements. Broken, not beyond repair, but damn close. 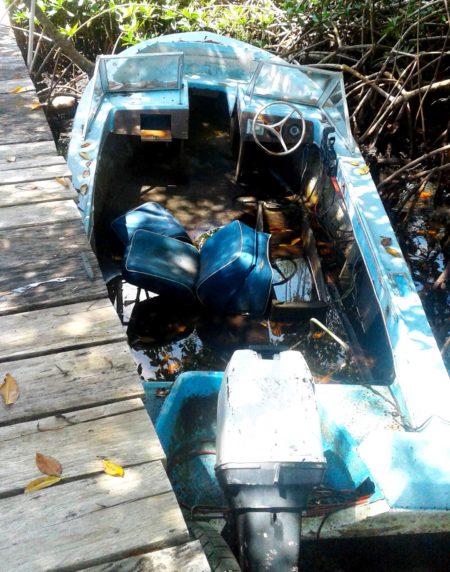 The famous Jinja Island sign was missing, somebody had obviously taken it for a souvenir. Or maybe to use as a paddle. Next we headed to the house. It had been trashed. Nothing had been stolen, my PSP was still there! But the house was going to take a lot of tidying.

The island itself was incredibly overgrown. It was in a right old state. 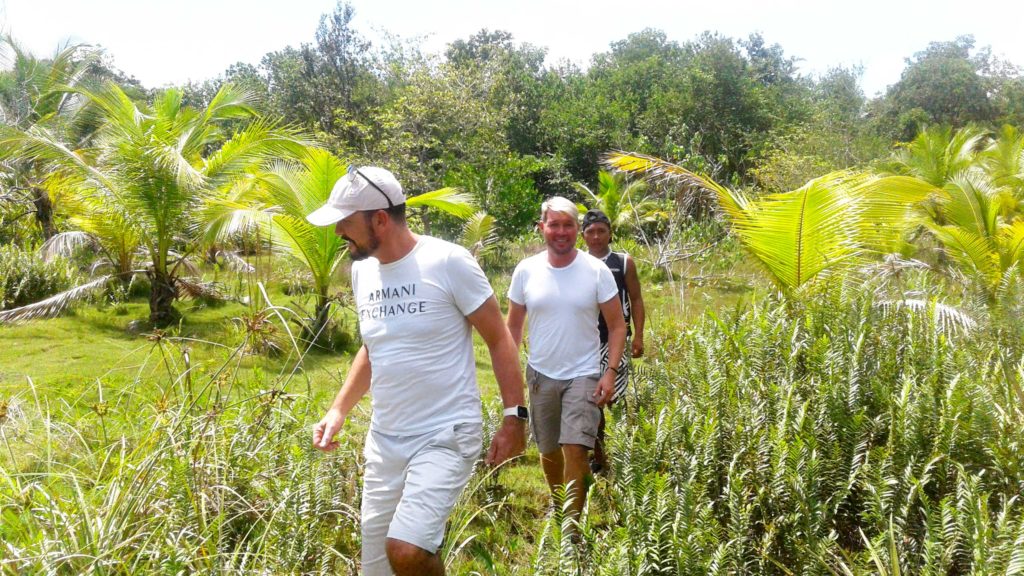 But, to be perfectly honest, I didn’t really care so much about the boat, the sign, the state of the house or the fact the grass needed cutting. What I *did* care about, and why this trip was so difficult for me, was this: 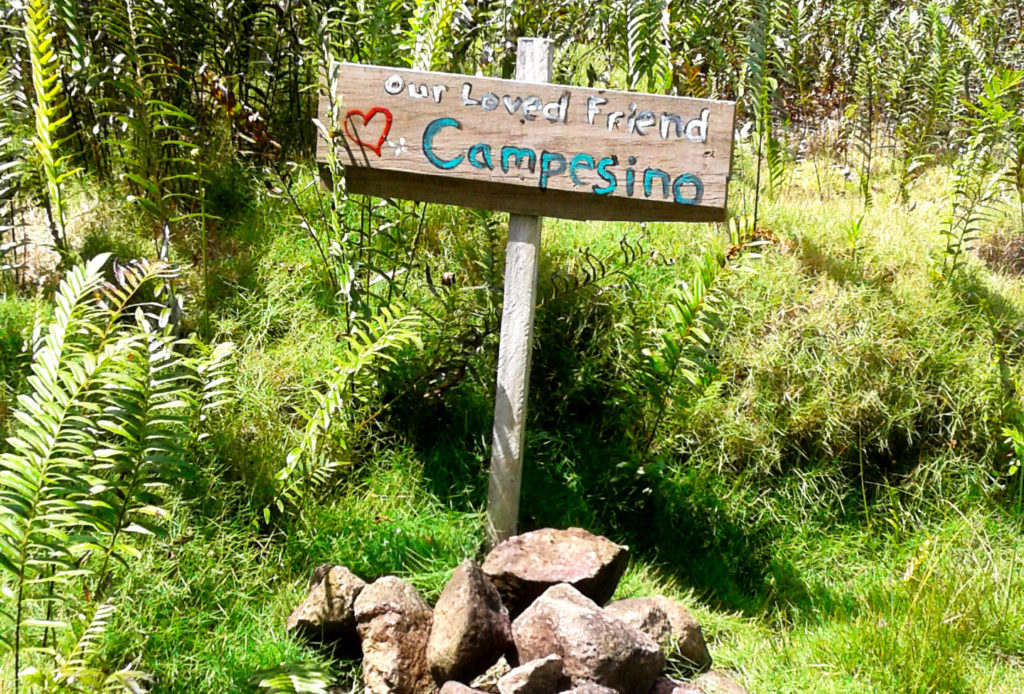 Last summer I got the phone call that nobody wants. The people who had been looking after the island (who I haven’t mentioned in this blog) let me know that Campo had died. My reaction was one of horror, grief, and incandescent fury. I felt like the people who were supposed to be looking after him had neglected him.

I felt dreadful for going home last year. For leaving him in the hands of people who didn’t love him like I did. I told them to bury him and leave the island immediately. My friends Carl and Marcela, bless them, took over for the rest of the summer. I should have come back in September when they left, but, if I wanted to be brutally honest about it all, I didn’t want to come back.

I didn’t want to have to face this.

Campo was my bezzie. He was my daemon. Through everything that happened on the island, he was there for me. But, at the end, I wasn’t there for him. 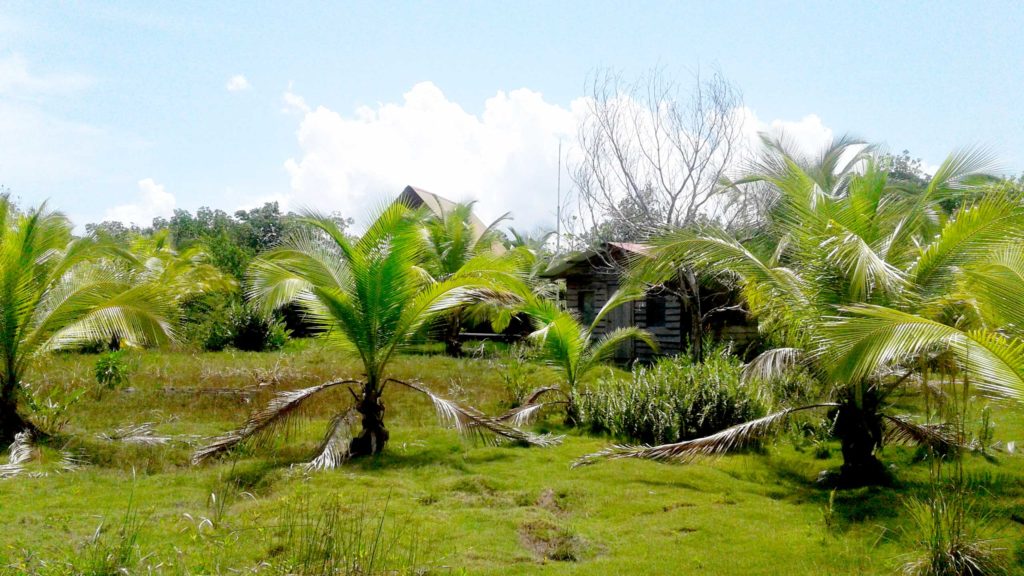 I used to joke that this was Campo’s island, and that he merely permitted me to stay now and again. And now it’s his final resting place. If I ever build a bar on the island, I will call it “Campesino’s”.

I grabbed anything of value from the house and Dyllan, Bruno and I went back to Bocas Town.

I returned to Jinja the next morning with Leon, a mate of Dyllan’s who agreed to help me tidy the house. 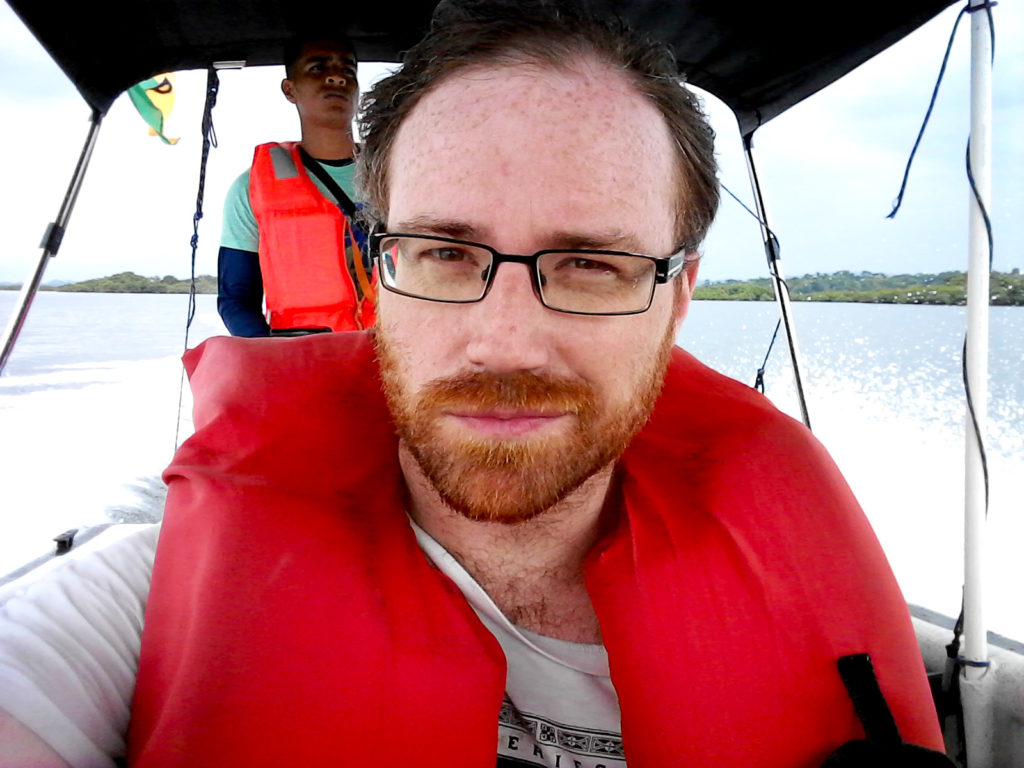 It took all day, but by late afternoon, the place was tidied, scrubbed and looking soooo much better.

The deed done, we returned to Bocas Town, a massive load taken off my shoulders. It was time to say ¡hola! to some of my favourite faces: Nico, Nery, Rebeca, Dave and Tony.

A lot had changed since I went away. The Bookstore had closed down last year, it was now a bar called “The Tequila Republic”. Dave and Nico had moved the Bookstore vibe to The Pub next to the Brisas Hotel, which had also closed down.

Chicken Rosti had moved, as had Raw Fusion and a bunch of other places. It was as if the town had shifted about in my absence, like the staircases in Harry Potter.

The next day I went back to Jinja with Nico, who, in the three years that I lived in there, had never once come visit. Disgraceful, I know! 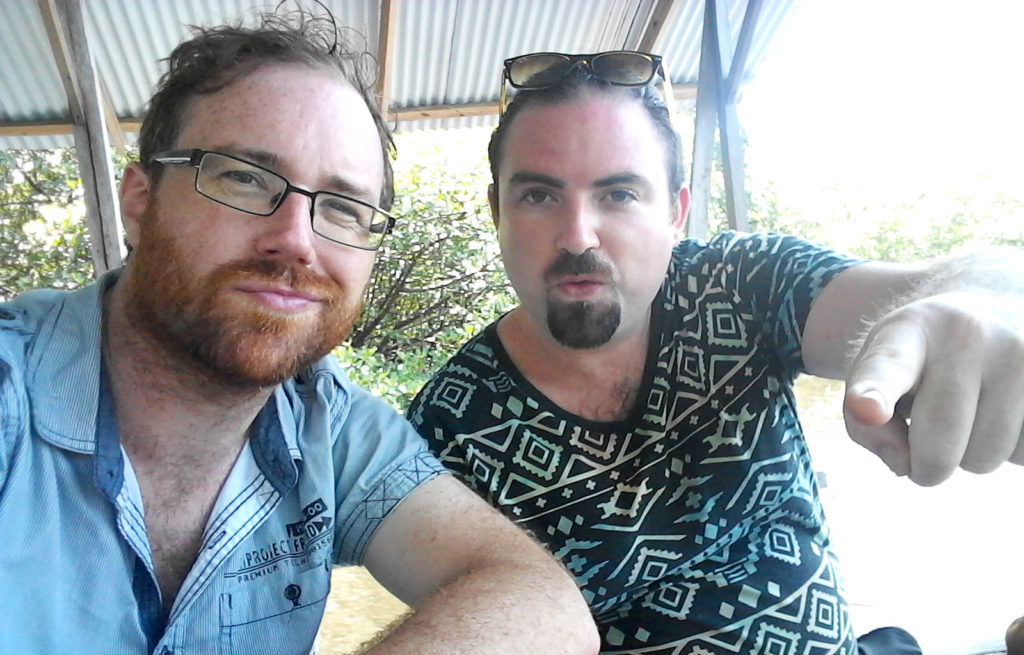 I’m glad I came back. I obviously had some demons to exorcise. And some stuff to realise: like this place is mine. My own little chunk of the jungle here in this incredible part of the world. I won an island in a gameshow. How crazy is that? I lived here for the best part of three years. Off-grid and on-line. I did that. Me. 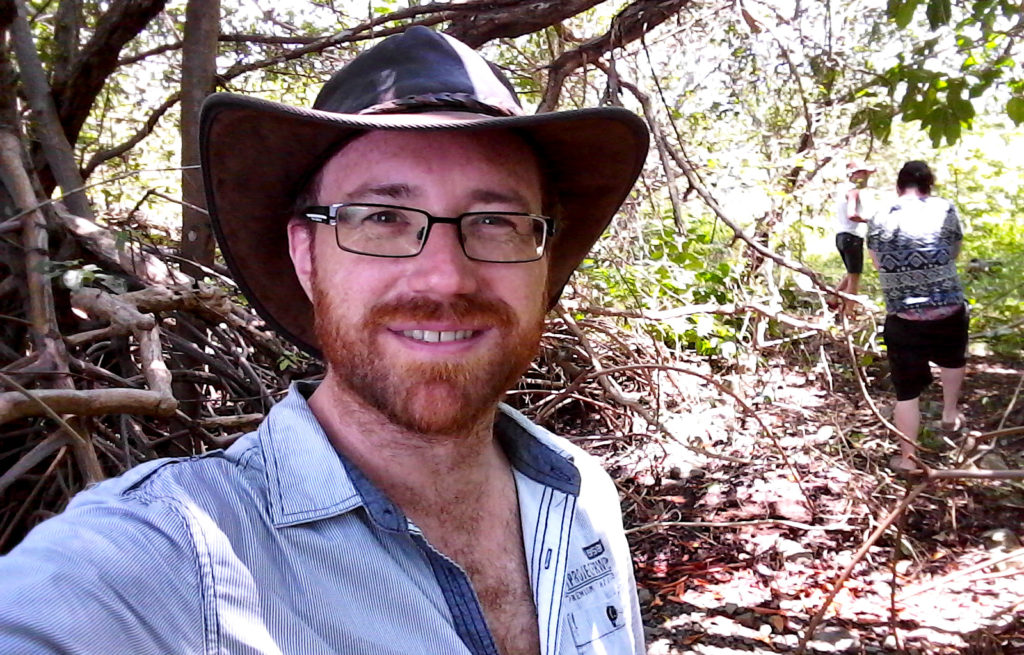 Of course I didn’t do it alone, but when I start doubting myself, when imposer syndrome takes hold, I need to remind myself that I did this, I made it work and by God I had fun doing it. If nothing else, this blog is a testament to what I achieved here. And although the daily routine, the maintenance, the frustrations (both major and minor) have been toned down for the sake of revelling in the revelling, the fact that I got this far is testament to both my own abilities and the inherent magic of Jinja Island itself.

The next day I filled up a boat with friends, Till, William, Rebeca… and returned to the island for one last good, old-fashioned boozy afternoon on the boat dock, just like old times.

And then, all too soon, it was time to say goodbye again. My week in Bocas was up.

We flew northwards to Bocas Town as the sun set over the Cordillera de Talamanca. 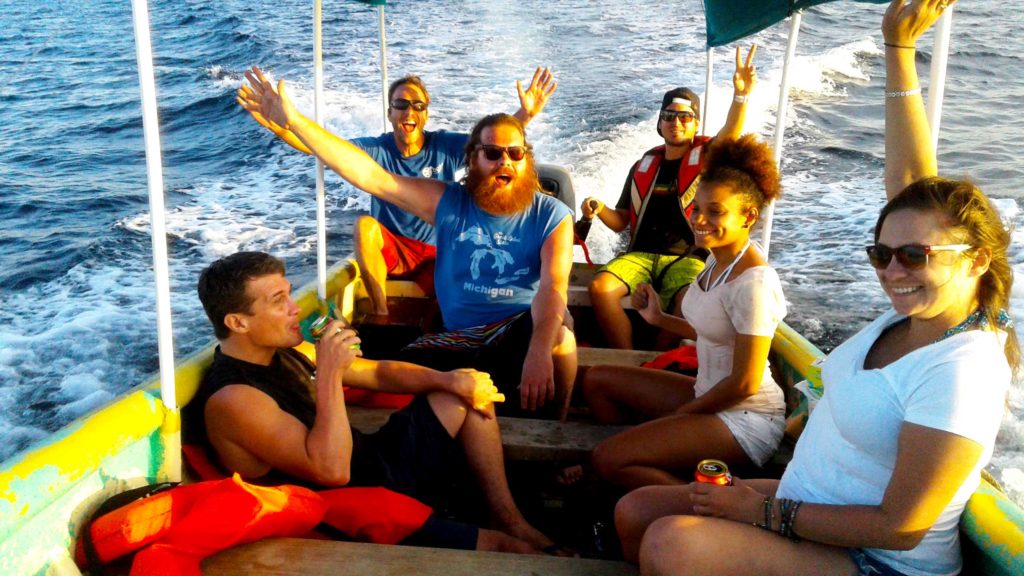 That night I said my goodbyes to Dave, Rebeca, William and Till.

The next morning I thanked Dyllan for all his incredible support over the last few months and took the bus back to Panama City, where wouldn’t you know it? I ran into an old friend, Jacky, the lawyer from the British Embassy.

Jacky would be leaving Panama soon: she had a new embassy posting in deepest, darkest Peru, like a reverse Paddington. Before I jetted off back to Blighty, we went for one last promenade along the promenade.

See you soon, Panamá. This story is far from over.