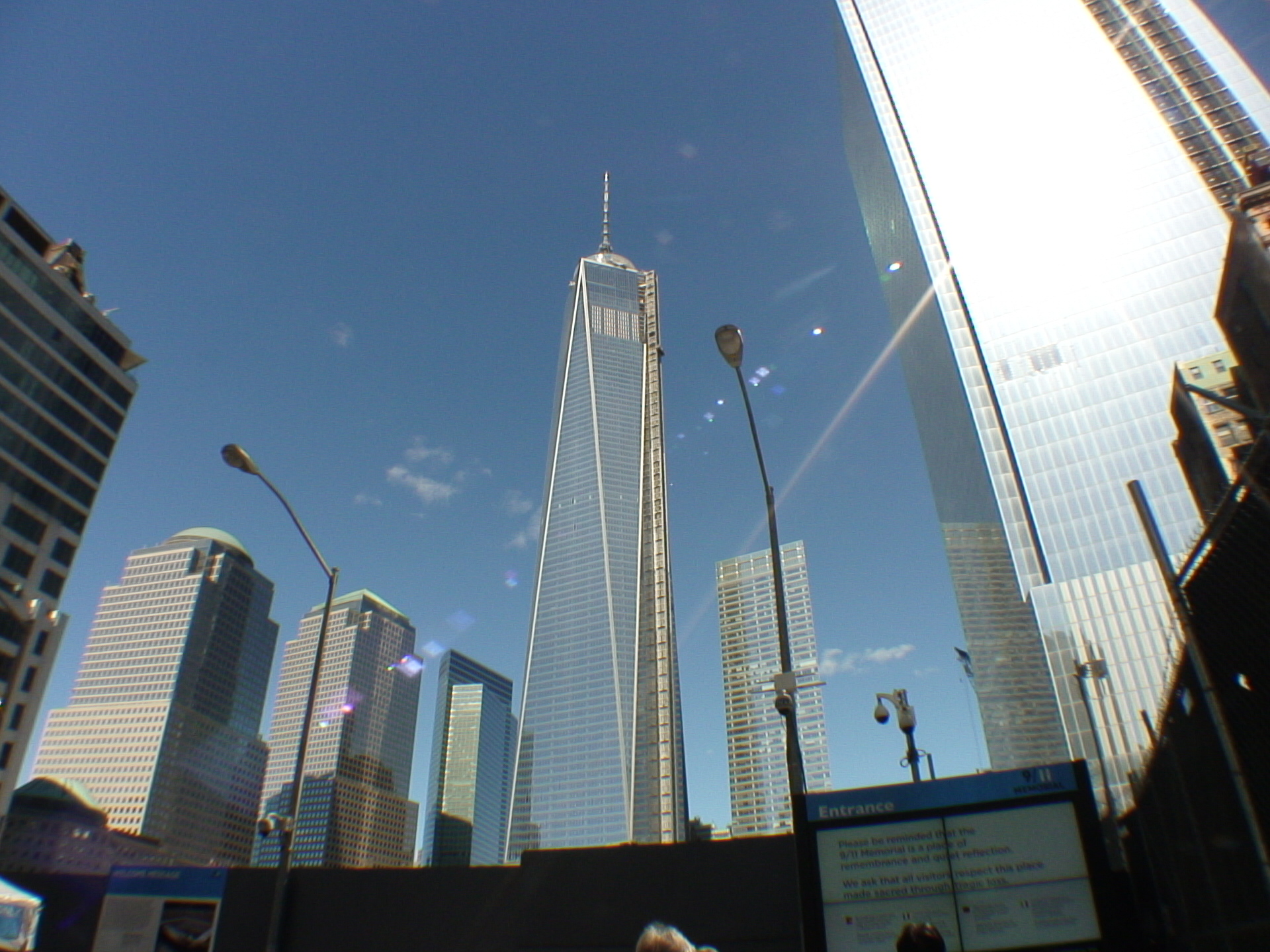 I had to be at the airport for 3pm, which meant I had to leave Wimbledon at 2pm. Danny and I grabbed a Subway and a coffee for lunch, and after saying my tatty-byes I jumped on the Tube and sped off into the distance.

Heathrow airport didn’t put up too much of a fight, although flying still feels a bit like cheating for some reason. Happily, Delta airlines still doles out complimentary beer and so my journey to New York generally involved eating peanuts, drinking Heineken and watching Iron Man 3 (okay), Pixar’s Brave (better) and an episode of Dexter (silly). 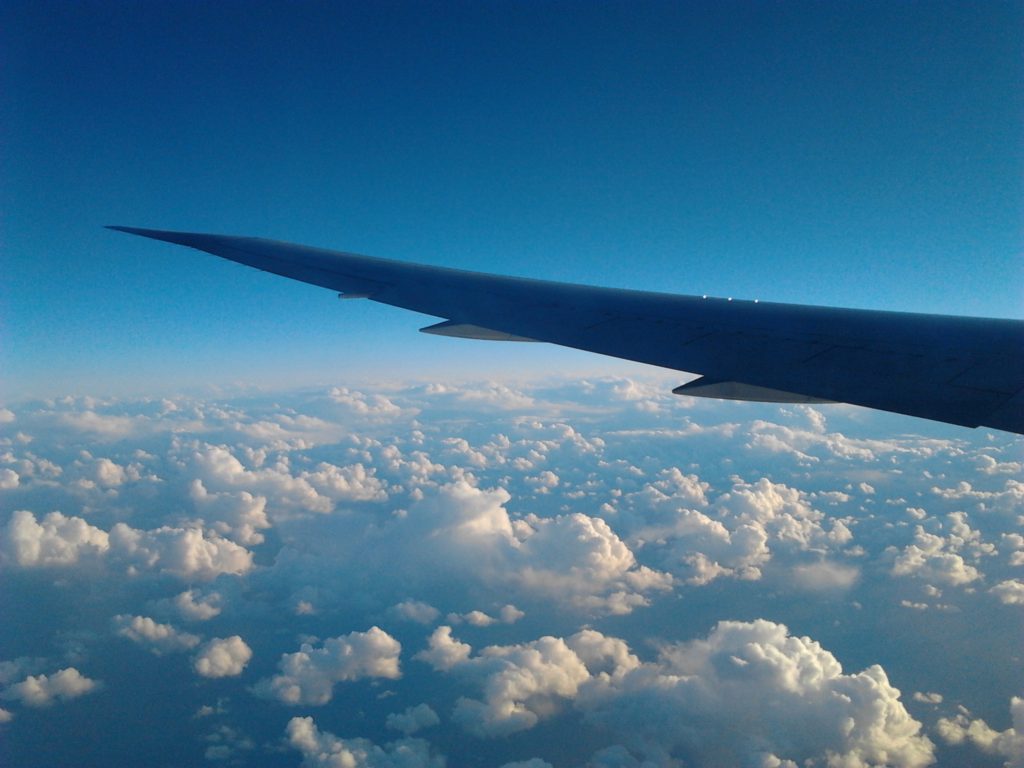 Arriving at JFK around 8pm local time, I was greeted at the airport, for the first time in my life, by a guy holding a sign with my name on it. Well, almost – he’d missed the second ‘h’ in Hughes. But it’s the thought that counts. Yes indeedy, your humble narrator here got Lincoln’d all the way to Manhattan, courtesy of CBS.

My driver was a proper old-school New Yorker – half Italian, half Irish and a great babbling, ranting, philosophising introduction to the wonderful world that is the Big Apple. His humour, pacing and gravelly NY drawl reminded me a bit of Doug Stanhope as in “I’m Doug Stanhope… and that’s why I drink.” As we raced through Queens and Brooklyn we talked world politics, the evolving face of NYC and where on the planet you could find the hottest women (he was going on holiday and had the choice between Colombia and Senegal – it was a tough call).

Flying? Chauffeur driven limousine? Ack, before you go accusing me of being a big sell-out, don’t worry – I’d still be sleeping on the couch. The couch in question would be Monica’s, my friendly Chilean backpacker that I met in Cambodia back in 2002. I crashed at hers last time I was in New York, on The Odyssey Expedition. We ended up in a burlesque club drinking until 3pm.

I arrived at Monica’s in East Greenwich Village around 9.30pm and realised that although I had the building number I didn’t have her apartment number – a schoolboy error that could be quickly rectified by a quick tinkle on the ol’ jellybone.

But there was no answer. In fact, Monica’s phone went straight to voicemail – it wasn’t even on. I knew she’d sent me her full address on Facebook, so it was off to the nearest free wi-fplace that didn’t require a US phone number to log-on. Ah, at least it wasn’t raining.

Actually, it was raining.

Drat. I got the apartment number and returned to the building. I hit the buzzer. No response. So… Monica was either a) out or b) the buzzer wasn’t working. Somebody entered the building so I ducked in behind them and clambered up to the 5th floor. I knocked on Monica’s door. No response. I assumed she was out.

Having been up since 9am UK time and considering it was now pushing 10.30pm Eastern Time (five hours behind the UK), I was understandably ka-nackered, but with the rain lashing down I couldn’t very well sleep in a dumpster, could I? I’d get wet!

So I returned to the Moonbeam 24 hour Café on the corner of 5th and 2nd (whatever that means) and sent out an SOS to all of my New York chums. I also looked up youth hostels in Manhattan – the few that cropped up on Google were very far away and ludicrously expensive.

Oh come on, Mon! Where are you?

She had either forgot I was coming and gone upstate for the weekend, or she had been involved in some kind of terrible accident. At least the latter would have been forgivable.

Or maybe – just maybe, she had thought I was coming next weekend, had gone to bed at 8pm, had turned her phone off and was an incredibly heavy sleeper.

I returned to Moonbeam.

DING! A text arrived. IS THAT YOU BUZZING?

Monica: Sorry I thought you were coming next weekend! I went to sleep at 8pm and I’m an incredibly heavy sleeper. Come back!

Stomp stomp stomp (I should at this point mention that Monica lives on the 5th floor and there’s no lift – I’m glad I packed light).

I’ve never been gladder to plonk myself down on a couch. Monica’s boyfriend, Justin, was still in bed (possibly asleep) but after her all-consuming power-nap Monica herself was wide awake.

And it was Saturday night.

A Wizard Is Never Late

Somewhere Under The Rainbow