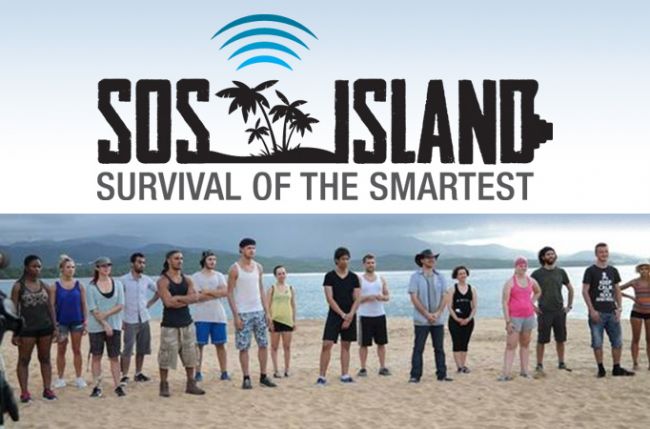 So that’s New York out of the way, time to get ready for the next thing: SAMSUNG’S SOS ISLAND!! So here’s the deal: 16 contestants are flown out to Fajardo in Puerto Rico for five days of survival ‘Boot Camp’ with TV’s “Survivorman” Les Stroud.

Only 8 of us will make the cut to go to SOS Island itself, a mystery island off the coast of Puerto Rico where will be sleeping rough and foraging for food for two weeks.

At the end of the two weeks, a winner will be announced… a winner who will then go for an island adventure worth $100,000. If I win, I’ll be hiring a private island off the coast of Belize, setting up a solar-powered sat-link and pulling a real-life Robinson Crusoe for a year.

IF YOU’D LIKE TO SEE THAT HAPPEN I’ve got to impress Les with my survival skills! But also I need YOUR help!!!

There will be a LIVE WORLDWIDE BROADCAST from our training camp every day this week at 7.30pm GMT – that’s 3.30pm in New York, 8.30pm in London and 5.30am in Sydney (don’t worry Oz, you can watch it later). You can watch it by clicking below.

And if you aren’t already, please follow me on social media, it’ll be super important later:

It all kicks off on MONDAY 30 SEPTEMBER. Be there!