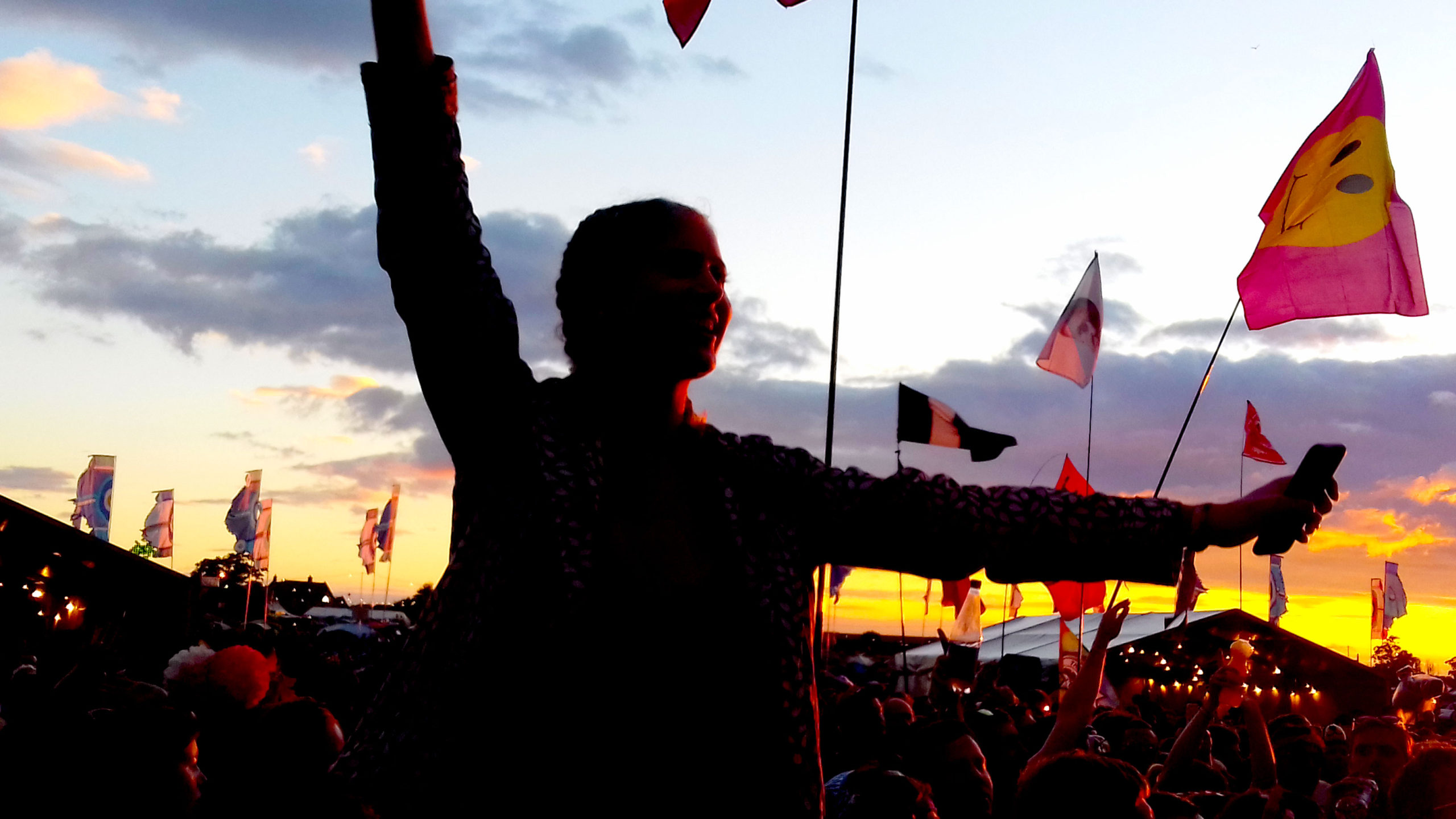 Pretty much as soon as I got back home to Liverpool, I started work on my traditional Glastonbury flag. This year I was torn between making a “Flaggy McFlagface” flag as a nod to Boaty McBoatface, the winner of the “name the flagship Arctic exploration vessel” that ran earlier this year, and “Hold The Door”, from the TV show Game of Thrones.

Being an idiot, I decided to make both. As a result, I didn’t get to sleep until 4am, jetlag be damned.

The next morning I was up, bright and early, (maybe not that bright, but certainly early) ready to do my civic duty and vote to stay in the EU. I just hoped that enough Brits felt the same way I did. 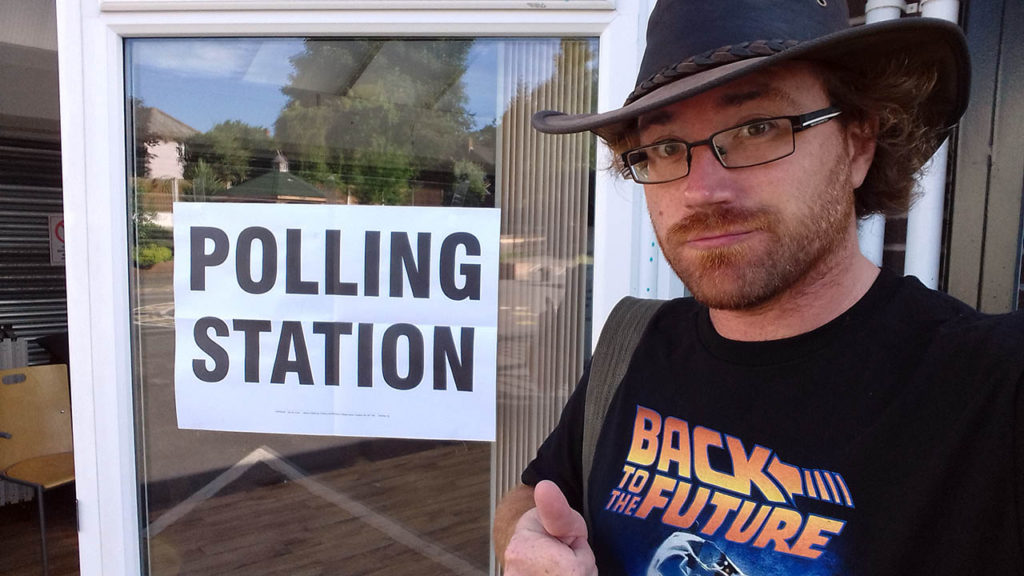 Then it was over to Manchester to meet up with my friend Sarah, and our journey down to Glastobury 2016 began.

We left the The Shangri-La field around 3am. I was constantly updating my phone on the walk back to Sarah’s camper van. The happy news was that my foot now felt good enough to walk on without my crutches. The godawful news was that the bad guys had won.

30 years of media bullshit and political lies had taken their toll. Reason, compassion, expertise and common sense had gone out of the window. Jo Cox, a Labour MP and mother of two, who was campaigning to Remain, had been assassinated. The British pound had been massively devalued, as had Britain’s standing around the world.

Some of my friends and even members of my own family had chosen to listen to evil, snot-nosed, privately-educated wankers they don’t know and have never met such as Nigel Farage, Dominic Cummings, Boris Johnson and Michael Gove instead of me.

If it was some small matter, that would hurt, but perhaps be forgivable. But this wasn’t a small matter. The future of my country was at stake, and with it my freedoms, my rights, and the rights of 50 million others who either voted to stay, didn’t vote or couldn’t vote… including 3 million EU citizens living in the UK and 5 million UK citizens living in the EU-27. This was cruelty, plain and simple, and a world away from the joy and optimism of the Olympic Games just four short years ago.

Well, I thought, as I arose from my slumber the next day, just because these craven bastards had ruined my life, didn’t mean they had to ruin my Glastonbury an’ all.

Sarah and I caught up with our great mates Stan and Helen (and their new attention to the family, baby Jakob… who LOVED our flags) during the day, and in the evening we took ourselves off to watch the magnificent Sigur Rós.

On the Saturday, we trundled around the utterly gargantuan site, caught up with a few familiar faces, watched Chvrches and caught the end of Adele.

On the Sunday we braved the rain and the hollow feeling gnawing away inside anybody was wasn’t 60 years old and made of gammon. In the afternoon, I took part in the massive tomato fight then partied the night away in Shangri-La. I then walked to the Stone Circle for the traditional Monday morning sunrise. 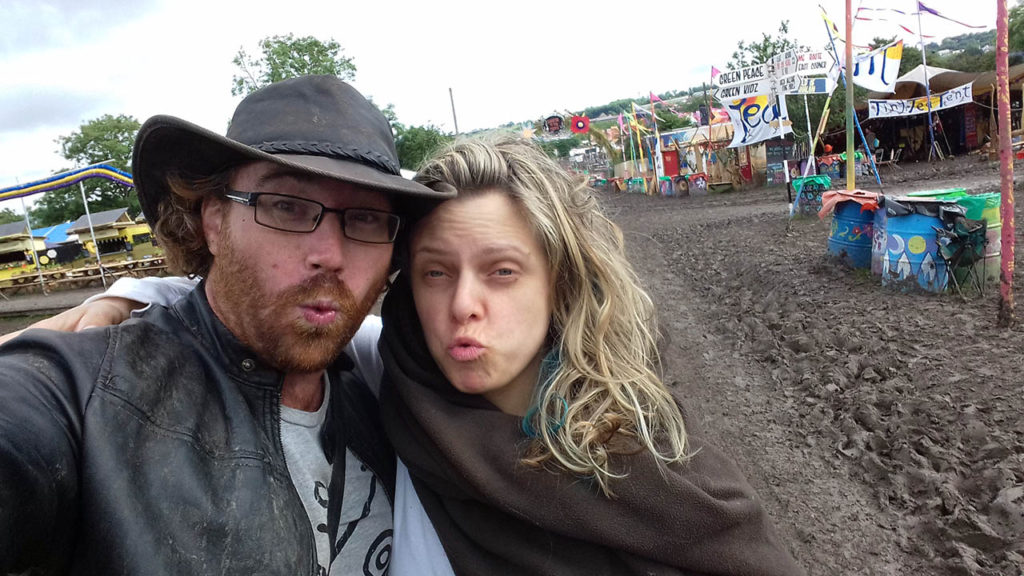 Got a couple of hours’ kip… 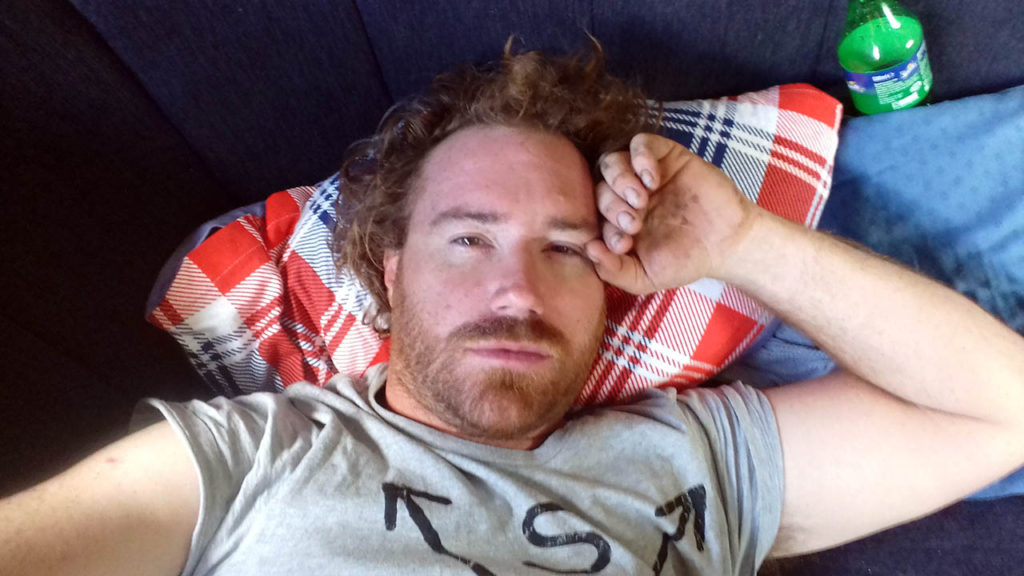 And we hit the road! 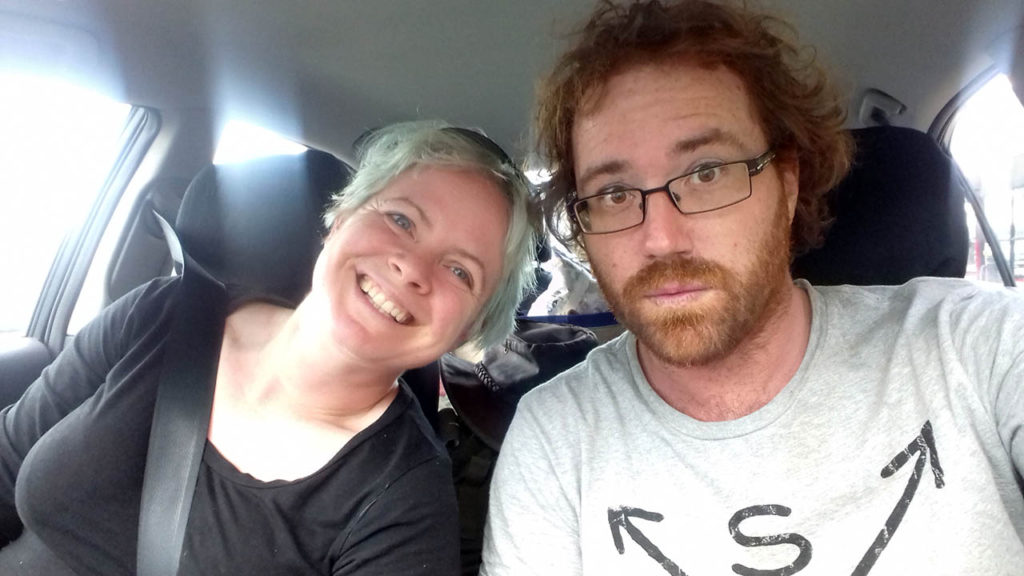 Sarah: you absolute LEGEND. Sorry for being such an insufferable Grinch the whole weekend!

An Island To Call My Own

A Wizard Is Never Late