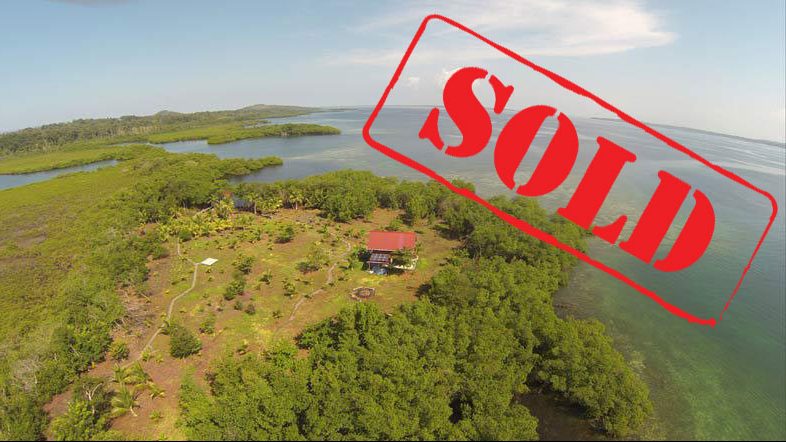 On December 11 2013, I was declared the winner of Samsung’s SOS Island.

As well as winning a nifty S4-Zoom-In-A-Bottle, the prize was $100,000 credit with an island broker. The broker in question was Chris Krolow, aka the Island Hunter. He’s the top go-to guy for island purchases around the world.

Now $100,000 is more money than I could possibly imagine, but when it comes to buying an entire island, it’s only enough to get you a rocky patch in the middle of a frozen river in Nova Scotia.

But Chris came up with a mad plan, a plan so brilliant, so devious, so utterly insane that it might just work. There was a guy he had met in the course of making his TV show “Island Hunters”, a British chap called Ian Usher. You might have heard about him, he sold his life on eBay about five years ago. And by his life I mean HIS LIFE – his house, car, motorbike, his job and even his circle of friends. He netted himself a tidy profit and set off around the world attempting to achieve 100 goals in 100 days – including meeting the red crabs of Christmas Island and the owner of some place called Necker Island. Wherever that is.

Sound like something I’d do? Yeah… it’s fair to say that Ian and I are very much cut from the same (rather colourful) cloth.

Possibly inspired by Branson (he of pickle fame), with the money he got from selling the rights to his story to Disney, Ian bought a 2 acre island off the coast of Bocas del Toro, Panama.

There was no house there when he bought the island and it was overgrown with jungle. Over the last three years, he has cleared the land, built a house, installed wi-fi and set it well on the road to 100% self-sustainability.

Ian and his island recently featured on Ben Fogle’s New Lives in the Wild, which the good folks at DailyMotion have flipped and illegally uploaded for your viewing pleasure.

Now Ian is looking to sell.

But for a wee bit more money than I had to spend.

Chris Krolow’s plan was this: offer to use my prize money to buy a one-third share of Ian’s island, with a proviso that I have exclusive use of the island for a year. In that year I will endeavour to increase the island’s value when it goes back on the market in 2015 I’ll get one-third of whatever it sells for.

Elegant in its simplicity, and wonderful in its design. If I play my cards right, I get to live on my own tropical island paradise for a year and it won’t cost me a penny – I’ll even convert my winnings into real $ when the year is over.

So I called Ian up on Skype and made him an offer that (I hoped) he couldn’t refuse. It was important I left a good impression, as Ian wasn’t exactly sold on the concept – it meant another year of risk for him (what if the house burns down?) and he has a penchant for clean breaks and fresh starts.

But the conversation went well and I guess the kindred-spirit thing worked in my favour. His partner Vanessa asked him “when have you ever done anything the conventional way?”

Ian got back to me the next day with a YES!

Within the hour I had booked our flights to Panamá.

Dancing In The Dark Lands