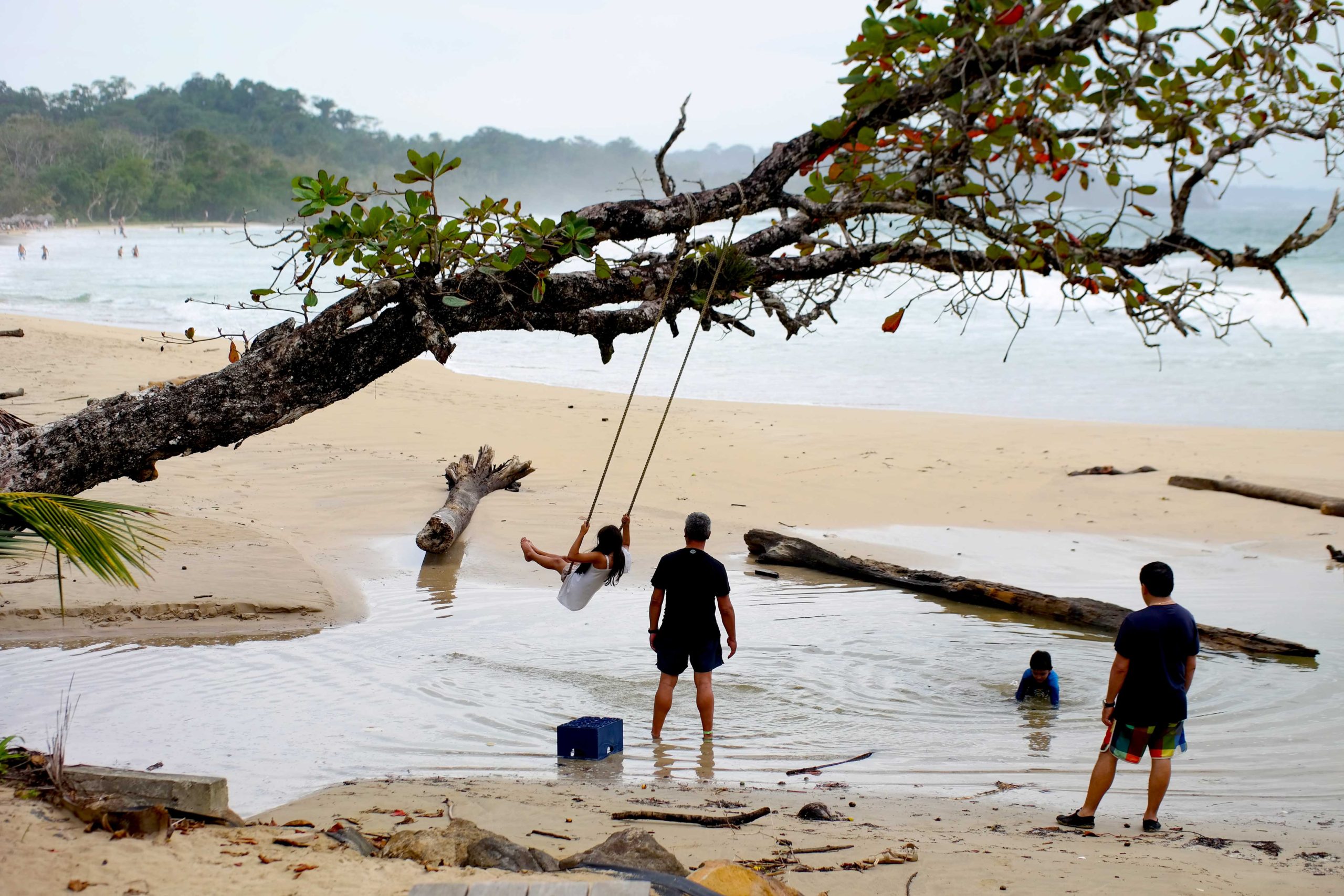 At the beginning of the second month on Jinja, Casey and I awoke to a wonderful sight: four baby chickens! We called them Caska, Grey, Les and Ninja.
Prev
Next
We also had some rather exciting visitors in June as globe trotters Alex Hennessey and Michael Graziano came to stay. 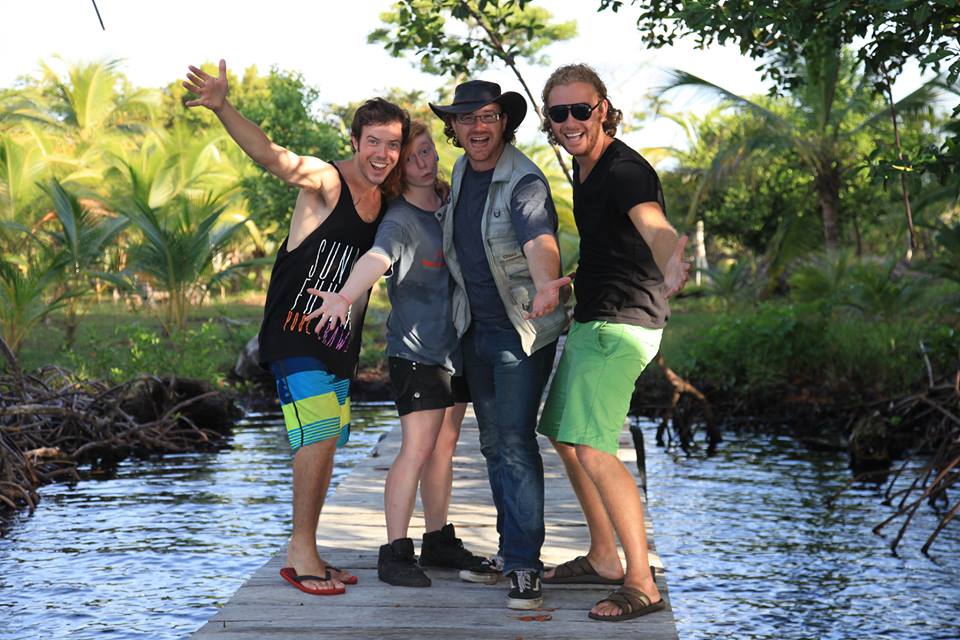 Mike and Alex are embarking on their “Global Degree” – a challenge to visit every country in the world before they hit 30. They filmed Case and I on the island and put together this lovely video of their time on Jinja in which they call me the “World’s Most Interesting Man”. Modesty requires me to say I think they need to get out more.

You can learn more about Global Degree at globaldegree.tv

You may have noticed in that video the quick shot of the composing toilet. It quite simply had to go. HAD. TO. GO. Seriously. Oh my God. Maybe they work well in a dry, arid environment, but here in the tropics it was the most disgusting thing I can imagine. So you lift the lid… and thousands of tiny flies emerge from… you know that bit you plonk your ass on? Yeah, that. Oh but that’s not all! Heaven forfend it might rain! Then you have these black leach-slug-woodlice THINGS sliming all over the outside of the loo, drinking the water, I dunno.
Prev
Next

And then there’s the process of emptying the damn thing. So, people turn up at your gaff, leave their shit behind. You then roll it in some sawdust (like that’s going to do ANYTHING) and pull a lever and some of it will drop into the tiny plastic shelf under the crap barrel. You then pull out said shelf – full of shit and piss and sawdust and bugs – smelling like a Glasto portaloo on the last day – and CARRY IT dripping through the kitchen, down the stairs out down the path to the far end of the island.

And then because the shit shelf was a fraction of the size of the shit barrel, you had to do that again. And again. Usually 6 or 7 times.

NOT WANTING TO DIE of dysentery or cholera or the bubonic plague, Case and I decided that enough was enough. Bill and his worker Edwardo were kind enough to run me to Almirante on the mainland where I picked up a septic tank, a flush toilet and plenty of plastic piping.

It was time to right a terrible wrong. First up, I had to dig out a massive hole (which kept filling with water).

Once the tank was happy, back in the house, we had to reinforce the floorboards before cutting a hole in the floor where the composting toilet used to be. 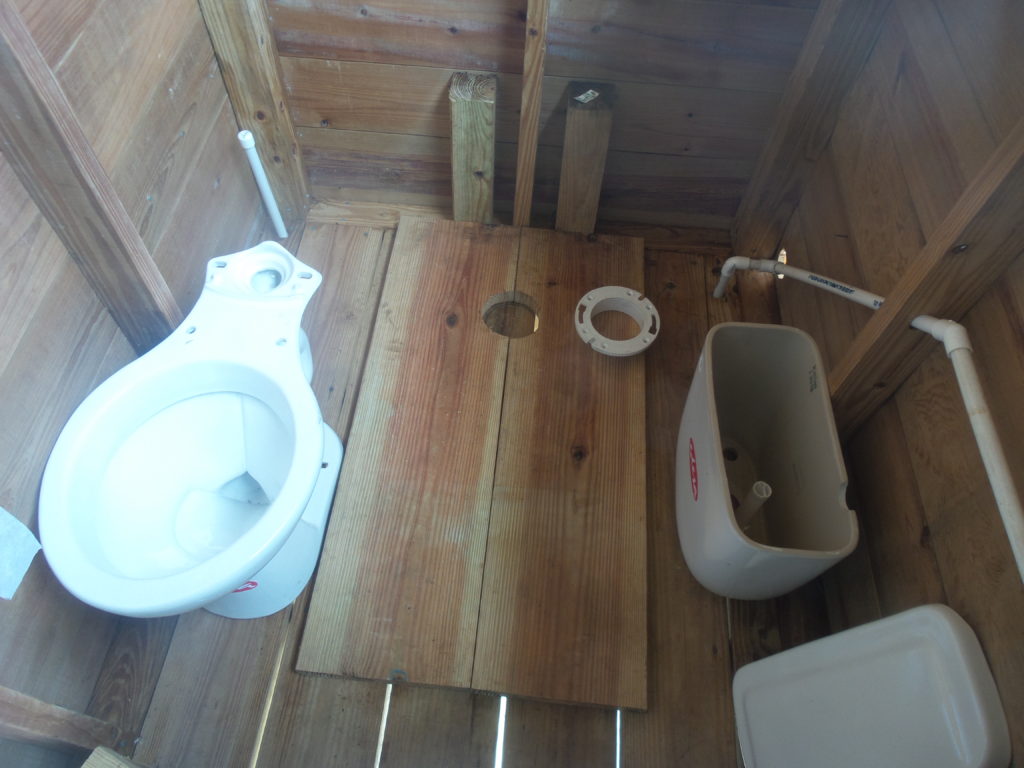 We connect the pipes, made sure the flush works and… eventually… voilà!

Casey and I were due to fly back to the UK near the end of June as I had a ticket for Glastonbury. I’d be back here in Panama at the beginning of July, but Case wouldn’t be coming back with me. We would still be friends, but she had stuff she needed to get sorted. Them’s the breaks, kid.

So… one last Rana.

A trip to Red Frog Beach under brooding skies.

It felt like a story cut prematurely short – a great TV show cancelled in its prime. Jinja island was about to lose one of its founding jinjas.

My good friend Kendra (who I climbed the Great Pyramid with) had volunteered to look after the place while I was away. I had tried to get her friend Mohammed (who I also climbed the Great Pyramid with) into the country, but even though we got him a Letter of Invitation from my lawyer in Panama City, the Panamanian authorities would not let him into the country for love nor money (we tried both).

So Kendra wound up looking after the place on her own. It was only for 10 days so we figured it wouldn’t be too bad – Kendra’s a hardy soul, originally from Boston, she’s been roughing it in Egypt for the last 5 years… she can handle herself. Mohammed would wait up in Guatemala (where they let him in) and meet with Kendra afterwards. The sad reality of travelling the world on an Egyptian passport. Kendra arrived in Bocas on the afternoon of the 20th. Casey and I left the following morning. 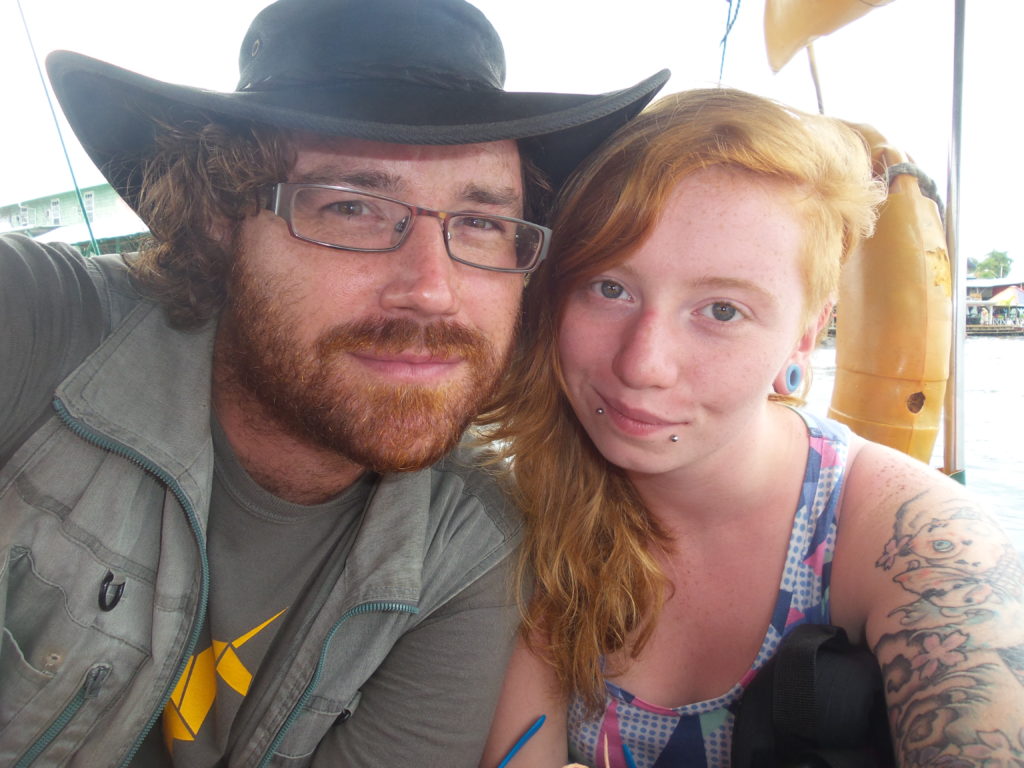 The Importance of Being Jinja