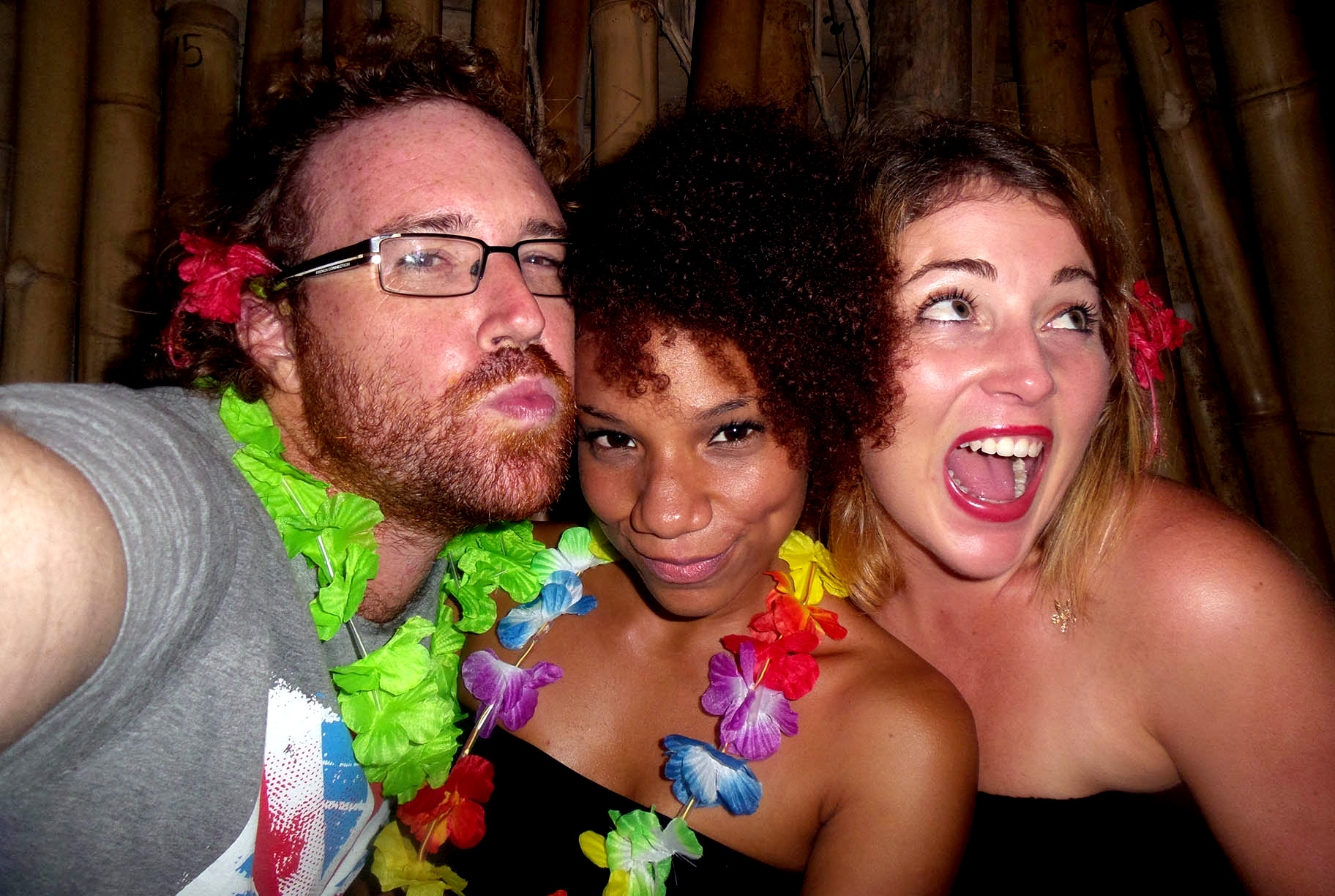 Crazy as this might sound, I had spent most of my first year on Jinja sleeping on the couch, for one damn good reason – if I fell off the vertical ladder to my bedroom in the night, my body might well not be discovered for several days since, you know, I live alone on an island.

After well and truly twatting my head when my foot slipped off the ladder earlier in the year, I decided enough was enough. So I called my friend Fidel, grabbed some treated pine from the hardware store in Bocas, and we set to work!

With my new staircase in place, I was free to sleep in my actual bedroom to my heart’s content. And, I don’t mean to brag but OMG check out my view of the sunrise:

My friend Lizzie who co-owns the Deja Brew café in town got herself a new rescue dog called Luna. Now there’s only one thing you need to know about Luna is that she is absolutely bonkers. Lizzie finds her antics utterly hilarious. I find her (how can I put this diplomatically?) an acquired taste.

A couple of Lizzie’s mates from Botswana came to visit her, so we went out to Valle de los Ranas in Dolphin Bay for THE BEST fish tacos in the goddamn universe before spending the evening chilling out on Jinja.

The next day we realised that a night out in Bocas was overdue, as it had been at least a week since the last one. In for a penny…

I returned to Bocas the following weekend, as Greg and Max at the Mundo Taito backpackers had decided to have an Hawaiian-themed party. Lizzie, Rebeca and I were more than happy to oblige (and help prop up the bar).

But I don’t want you thinking that all I do in Bocas is party party party. Okay, I do my fair share of partying, but looking after an island on your own is pretty heavy going. There’s always something to fix, grass to cut, termites to deal with, chicken to feed and a wonderful little dog to keep amused.

Towards the end of the month it was time to put my serious head on and get down business. With the Tremendous deal, I would have enough money to buy Ian out of his share of the island. However, I wouldn’t get paid until filming started at the end of the year. So Michael, who stayed on the island back in March, agreed to loan me the money in the meantime so I could pay Ian off straightaway… and then the island would be mine all mine.

A trip to Panama City to see Larissa the Jinja Island lawyer was in order.

I arrived at the Albrook bus station at 5am on August 31st. After a long breakfast, I made my way to Larissa’s office in the city centre and we spent the day getting everything signed and notarised. It was a bit of a process, especially since Ian was in China and Michael was in California, but by the end of the afternoon I had in my hands the deeds to the island made out in my name.

And that was it! I hadn’t just won the use of an island for a year, I was now the legal owner of Jinja Island in my own right.

I headed back to the bus station to jump the rickety old overnight coach back to Bocas, quite possibly the least fabulously wealthy island owner on Earth.