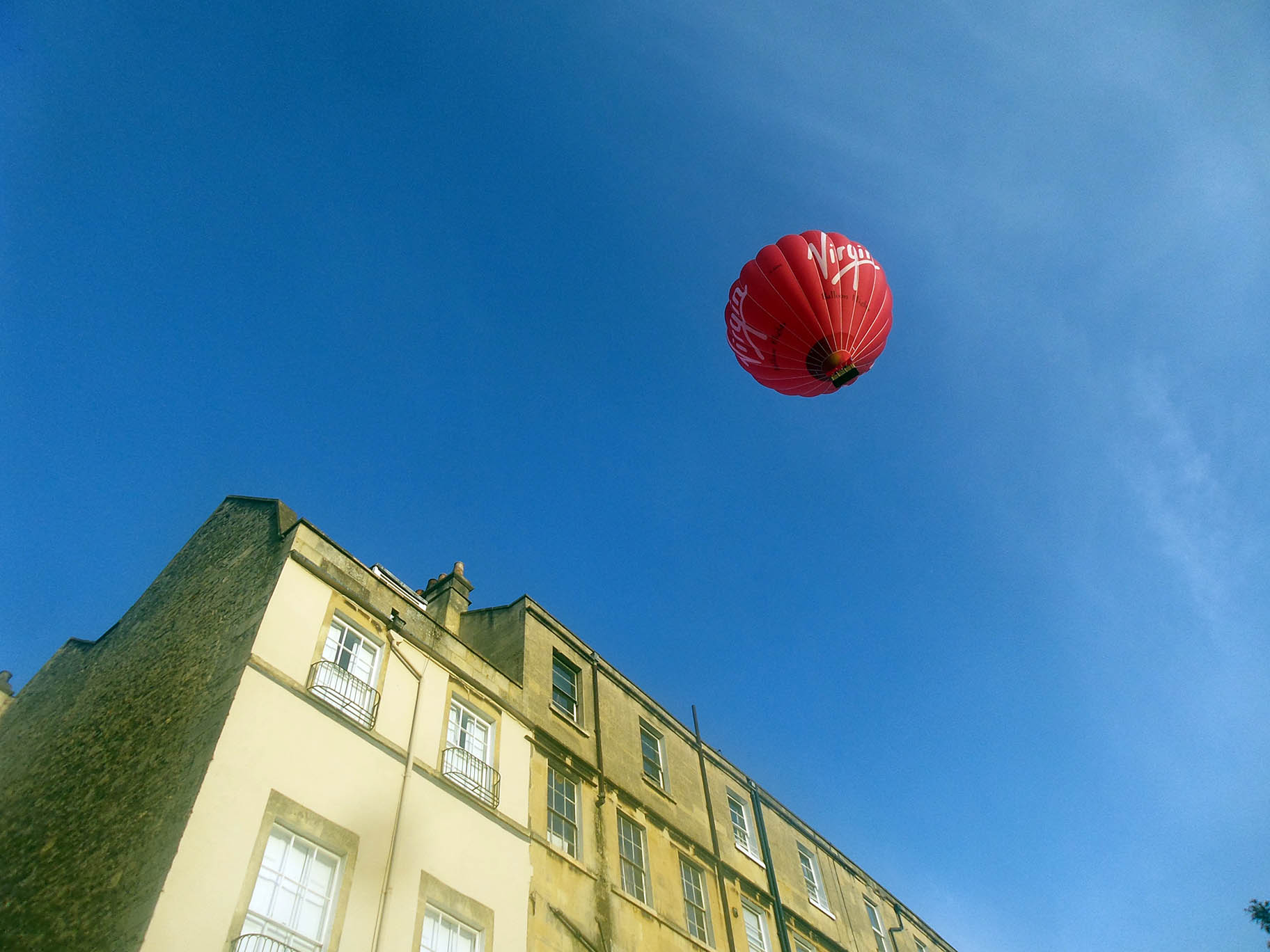 After sobering up from Glasto, I went and had myself a lovely Bath.

“How comes?” I hear you enquiring. Well, it turns out my good chum Heather was tying the knot, and for some reason she felt her special day would not be complete without this ginger travelling monkey at the party.

I met Heather in the summer of 2012 in the town of Unawatuna in Sri Lanka. Her then-boyfriend Harry shouted to me as I was walking down the street. He was tremendously posh. “I say, old chap!” he hollered in the kind of quintessential British accent that makes certain Americans go weak at the knees. I turned around. “Aren’t you the fellow going to every country without taking a plane?” And, at the time, I was. 198 countries down, 3 to go. I remember it well.

Harry and Heather recognised me off the telly in Hong Kong (I’m much more famouser in countries that aren’t my own) and invited me for drinks. Heather grew up in the town of Glastonbury and gets free tickets for the festival each year. Consequently we met up in 2013, 2014 and the week before her wedding.

I arrived at the wedding, which was in the middle of nowhere, a farmhouse south of Bath. From the moment I walked through the door it was clear that I knew nobody. And I mean NOBODY. Probably because I had walked into the wrong wedding. The bride asked me who I was. I said I was Graham and that I was looking for Heather – “there’s another venue down the road… try there.”

Thankfully, the “other venue” was the right one. But still, the only person I knew at the wedding was Heather. But you know me, it didn’t take long for me to make some new friends.

Side note: afterwards, in the taxi on the way back to Bath with three of the bridesmaids (oi get your mind out of the gutter) the driver slammed on the brakes and screamed “WILL YOU JUST SHUT THE FUCK UP!”

To be fair to the driver, we were all singing the Spice Girls. Or was it Britney? I can’t remember. We were pretty wasted.

The next morning I met up with my friend Mave from school and went on a bit of a bar crawl around the beautiful town of Bath.

And then it was back home to see some of my favourite faces. Some old, some new, some borrowed, some blue.

Sadly, this would be last photo of my old festival buddy Dan Martin and I 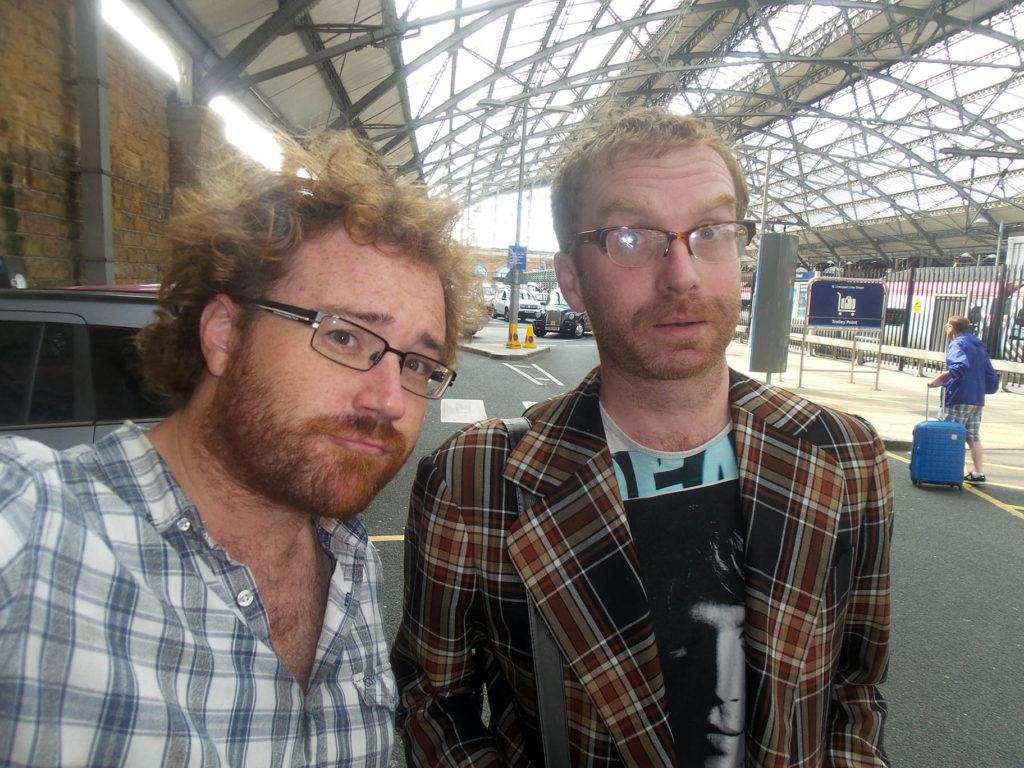 Dan passed away in July 2020 at the age of 41 after a long struggle with alcoholism. He’ll be missed. For some hilarious stories about Dan and his short but colourful life, drop in on the Danimal Cafe.

After three devilishly short weeks back home, it was time to hot-foot it back to to Panama. Bye mum! Bye dad! 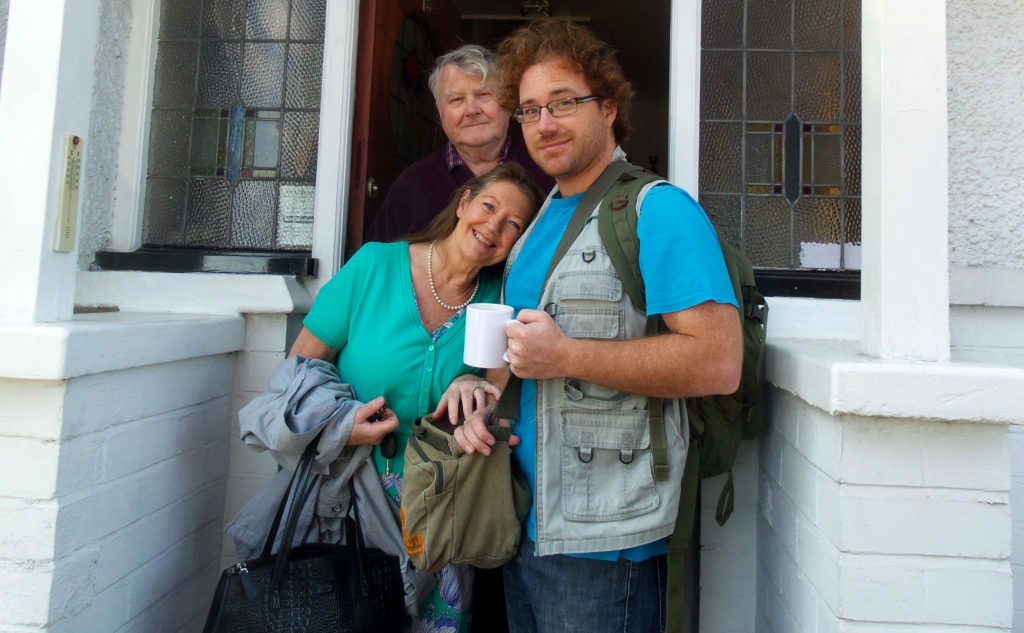 I wouldn’t be flying straight back to Bocas though. One of the production companies that I had been discussing possible future travel shows with, Tremendous, had invited me to their headquarters in Minneapolis!

I got in on the evening of the 15th and checked into my downtown hotel. I had a bit of a mooch around that evening, but to be honest there was little in the way of nightlife. To be fair to Minnesota, it was a Wednesday. The next morning I was driven to the Tremendous production offices, and after a series of meetings, it was agreed that we should make a TV show! Just like that!

The show would be called “Around The World in 50 States” and would involve me travelling the length and breadth of the US and meeting people and communities from all over the world that now call America their home. A celebration of the Melting Pot and a great little “fuck you!” to the likes of Donald Trump and everything that lousy bastard stands for.

I returned to Bocas with a spring in my step and a song in my heart. With this new show, I’d have the money to buy Ian’s share of the island, and Jinja can be mine all mine forever! Woohahaha etc.

The next day (after an overnight bus journey via David) I was back in Bocas Town. I set to work letting everybody know I was back over a game of Cards Against Humanity and one too many tequilas.

There was a lot of tidying up to do when I got back, but that’s okay, the island was still there, my house was still there, and — most importantly — Campo was still there. Before the month was out, Bill took me over to Ernie’s place in Tierra Oscura — he had expanded his shop and was now selling delicious fried chicken and ice cold beers. Hell. Yeah!!